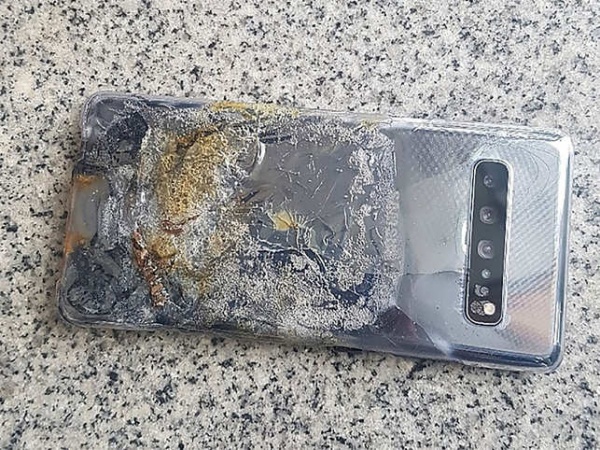 A Galaxy S10 5G unit mysteriously "burnt" in South Korea and Samsung has denied that the device has malfunctioned.

According to international news agency AFP, the smartphone owner claimed his Galaxy S10 5G had burnt "without reasons". It is not known if the device was being charged or if a third-party charger was used before the incident happened.

"My phone was on the table when it started smelling burnt and smoke soon engulfed the phone," Lee told AFP, adding: "I had to drop it to the ground when I touched it because it was so hot."

Samsung told AFP an "external impact" had caused the damage and it was not due to an internal glitch. The smartphone owner added that Samsung refused to reimburse for the device which cost US$1,200.

Burnt or exploded handsets is a sensitive matter for Samsung. The company had to stop selling the Galaxy Note7 two years ago after aggressive battery design caused over 30 incidents of the device exploding.

The latest incident occurred a week after Samsung delayed the launch of the Galaxy Fold over several display issues reported by reviewers.

Source: The Economic Times via SamMobile