Samsung ATIV Enters AiO Territory with the ATIV One 5 Style

Samsung ATIV Enters AiO Territory with the ATIV One 5 Style 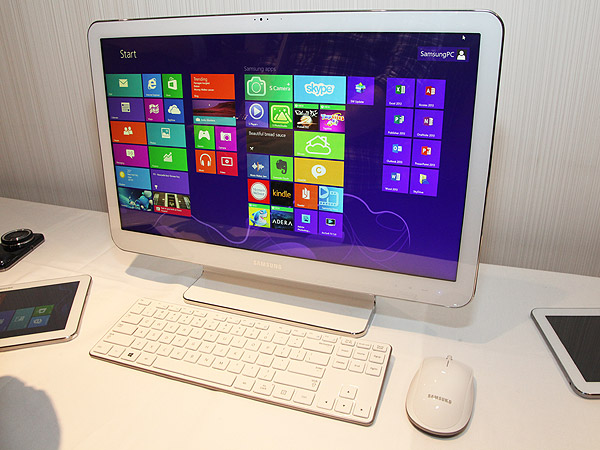 Samsung's all-in-one series also received a new family member today with the new ATIV One 5 Style. Again built with the design motifs borrowed from the GALAXY S4 series of devices, the all-white ATIV One 5 Style is a touch screen desktop for users who prefer a large screen for either work and entertainment purposes.

The 21.5-inch full HD screen which measures only 4.5mm thick at the edge (0.5mm slimmer than iMac's 5mm edge) is designed with a metal frame at the sides, similar to the GALAXY S4 devices. Bezel is also narrow and it measures only 20.5mm. Like most AIO desktops, a front facing camera is located at the center of the top bezel. The base of the AIO is an inverted T-shaped stand that gives the AiO screen assembly a firm and sturdy grip on the table. 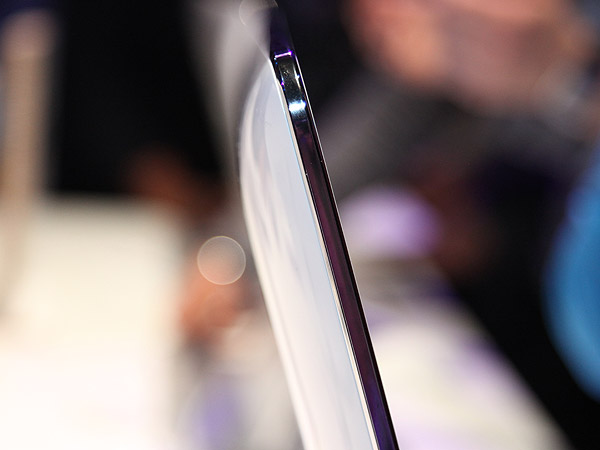 At the heart of the AIO desktop PC is an AMD-based quad-core processor. Although Samsung did not reveal to us the exact processor speed or model, what we know is that it will feature a Radeon HD 8400 graphics engine. The ATIV One 5 Style is also equipped with the Samsung SoundAlive audio technology along with a 4W 2.2-channel external tweeter and multi AMP.

Although it's used primarily as a desktop, the ATIV One 5 Style can also be used as an individual display via its HDMI input connector which allows you to feed video signals from a game console, camera or camcorders. You can also use it as an extended monitor when you connect a notebook or smartphone to it. We also found an antenna jack on the ATIV One 5 Style which lets users watch and record TV on the desktop. However, it's an optional feature.

The new ATIV One 5 Style will come with the HomeSync Lite feature which is a software feature that allows you to share files between devices with ease. The software will work with Samsung smartphones, tablets, GALAXY cameras, PCs or HomeSync box and will support up to five users and six devices each. 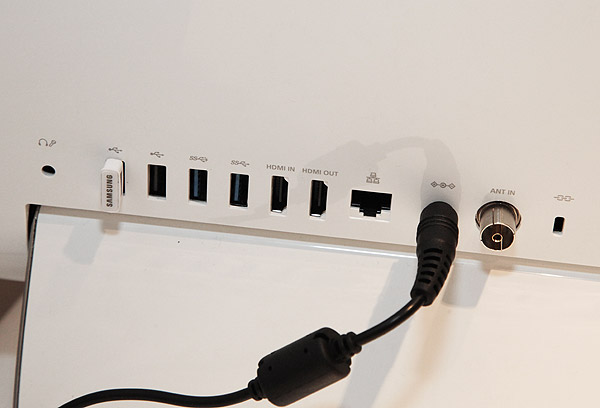