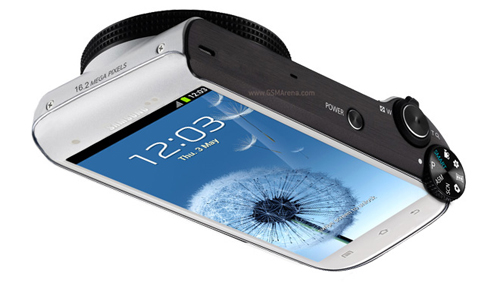 Samsung has been making cameras (e.g., the recently launched EX2F) but a Samsung-branded Android camera? Seems like it is a possibility. GSMArena's anonymous source has claimed that such a camera is indeed in the works and will be announced alongside the next-gen Samsung GALAXY Note smartphone during IFA 2012.

The alleged Samsung GALAXY S camera has been described as a "GALAXY S III glued to the back of a point-and-shoot camera", and will be 1.5 to 2 times thicker than the popular flagship smartphone. Other specs include:

Of course, the Samsung GALAXY S Camera is not meant to directly replace your smartphone as it is only limited to 3G data and cannot be used to make voice calls over the respective telcos. Does this sound like a substantial rumor? We can't say yes for sure, as actual pictures of the product have yet to surface on the web. Nonetheless, with Nikon, Panasonic and Polaroid taking their shots at making the definitive Android phone, who's to say Samsung can't?