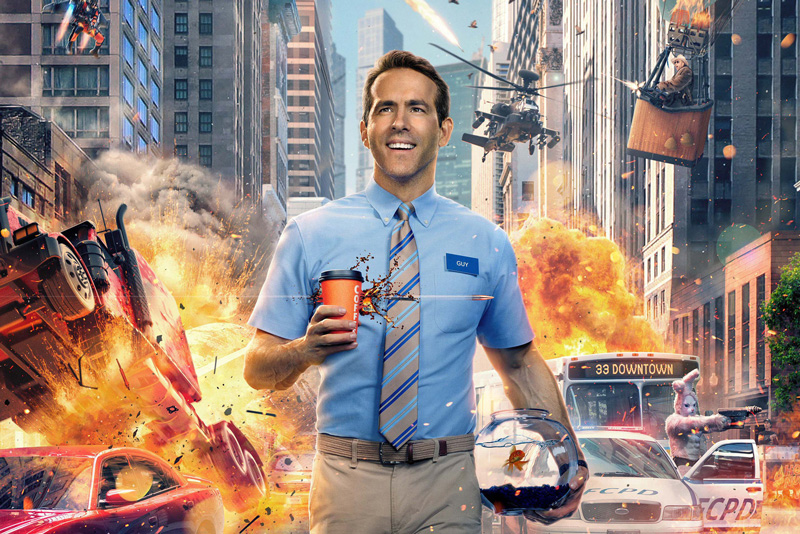 20th Century Fox has released the first trailer for action-comedy Free Guy, starring Ryan Reynolds as a man blissfully unaware that he’s actually a non-playable character in a videogame.

Ryan Reynolds play Guy - an NPC in a multiplayer videogame called Free City, which is clearly a mixture of games like Grand Theft Auto and Fortnite. Real-world programmers Milly (Jody Comer) and Keys (Joe Keery) develop a code that makes Guy become aware of his videogame surroundings, inserted into the game by publisher Antoine (Taika Waititi). It soon becomes clear that the game is shutting down - and Guy has to race against time to save it.

Youtube and Twitch personalities like Jacksepticeye, Ninja, Pokimane and more will also be making appearances in Free Guy - which isn’t out of left field, considering it’s a videogame movie.

The story itself is nothing special - just taking plot points from The Lego Movie and Wreck-It Ralph and mashing them together to make something new. Reynolds is always great in a leading role though, so will this movie turn out well - or become the butt of a Deadpool 3 joke?