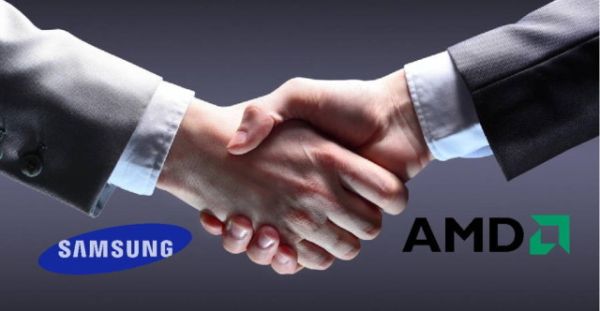 This is a piece of news which actually hit us out from dark. According to a rumor reported at Ubergizmo, Korean electronic Giant Samsung has been supposedly been mulling about whether or not to acquire AMD Inc.

The news is both a bit interesting and odd, considering that AMD expertise has been solely within the PC and – to a certain extent – notebook market. The semiconductor company barely has any presence in the smartphone and tablet market (if any, at all), and Samsung always had the tendency on relying on Intel, Qualcomm or their own Exynos processors in order to make their smartphones and tablets.

Nevertheless, if the rumor rings true, AMD would no doubt be on the beneficial side of the acquisition, as Samsung's resources could exponentially boost their research in their R&D sector, which may actually help them create something new that could bring them back to the glory days of when they were at the brand of choice when it came to processors.

The acquisition could also sway in Samsung's favor too, with the possibility that the merger could also bring about a new set of smart devices plastered with Radeon-grade GPUs built inside of them. This, in turn, could also give other platforms like NVIDIA's latest Tegra X1 mobile GPU a run for its money.

This is, once again, merely a rumor and nothing has been set in stone, so we advise our readers to take this with just a pinch salt.