Rumor: NVIDIA’s next GeForce GPU architecture could be named Ampere instead

Rumor: NVIDIA’s next GeForce GPU architecture could be named Ampere instead 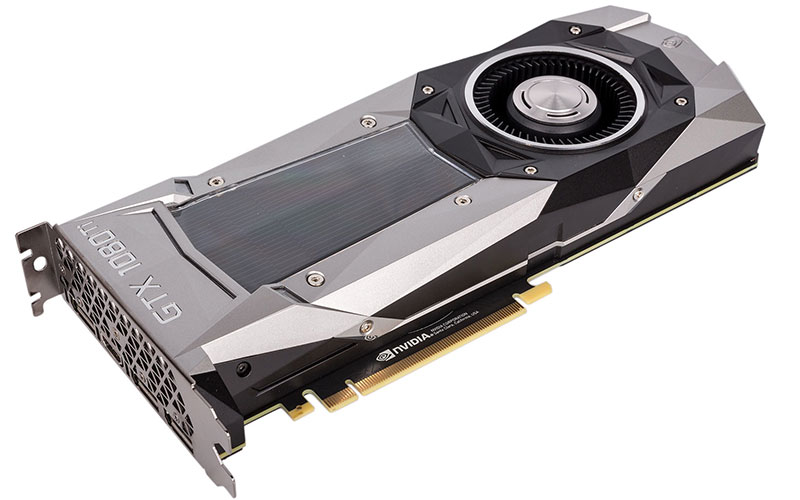 There could be a twist coming in terms of the naming of NVIDIA’s next consumer-class GPU architecture. While the general expectation is that it will be called Volta – with GPUs such as the Tesla V100 already announced for the data center and AI market – rumors of a new name have surfaced.

According to German technology site Heise, the next generation of consumer graphics cards from NVIDIA could be codenamed Ampere, with an announcement slated for GTC 2018 in late March.

It’s possible that Ampere could be a version of Volta that is better suited for consumers. Volta GPUs such as the GV100 chip feature HBM2 memory, which is still not yet widely available or practical to implement because of how expensive it is.

And given that companies like Samsung, SK Hynix, and Micron are already readying GDDR6 memory, Ampere may use that instead of HBM2.

The codename switch may reflect this change, with Volta being reserved mainly for enterprise customers.

This development comes after NVIDIA once again set a profit record of US$2.636 billion (~RM11.05 billion) for the fiscal year’s third quarter, largely on the back of strong sales of its Pascal GPUs and Volta data center products. This is a 32 percent jump from a year ago, with 59 per cent of profits coming from the PC gaming segment.

In fact, NVIDIA’s gaming products amounted to 95 percent of AMD’s total revenue for Q3 2017, which saw the latter rake in US$1.64 billion to put it US$71 million in the black.

NVIDIA will want to continue its strong performance with its next generation of cards, which may feature a bandwidth upgrade with GDDR6 memory.  Either way, we’ll have to wait till next year to find out more, and it’s best to remember that the Ampere name is still just a rumor for now. So yeah, take it with a pinch of salt.