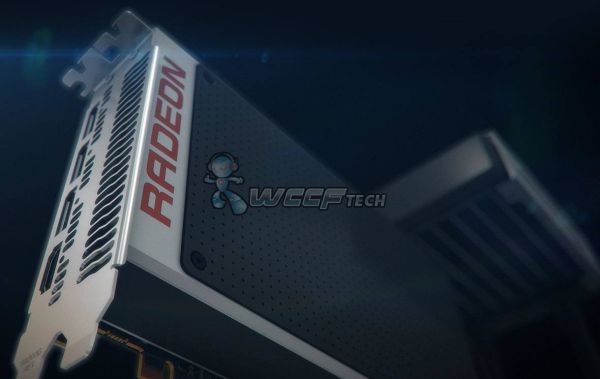 In just little more than a week, COMPUTEX will begin, and rumor has it that AMD will announce its upcoming Radeon R9 300 series cards, which will be powered by the Fiji XT GPUs.

According to a news piece published at WCCFTech, it seems that AMD will be releasing the new Fiji XT in two different graphics card variants: a single GPU version with 4GB memory, and a dual GPU version with 8GB of memory, much like the current R9 295X2. Additionally, both cards will not be using GDDR5 memory, but will be fitted with the new High Bandwidth Memory (HBM) module that AMD first mentioned more than a year ago. 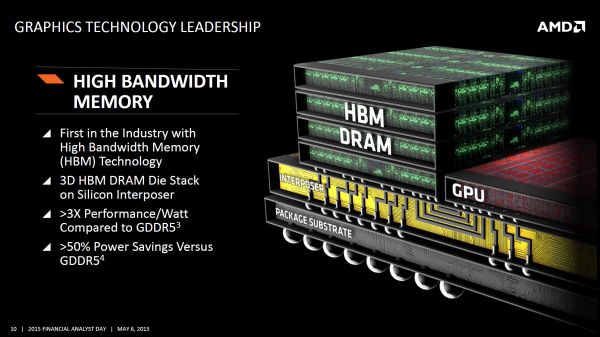 The site also mentioned that the single GPU version of the Fiji XT graphics card will retail at US$849 (approx. RM3,071). That's pretty expensive, considering that when the R9 290X launched, its MSRP was US$699 (approx. RM2,530), and mind you, this isn't even the dual GPU variant of the card. No official pricing for the dual GPU version exists as of yet, but once again, if AMD does unveil the Fiji XT during COMPUTEX, we'll know by then. 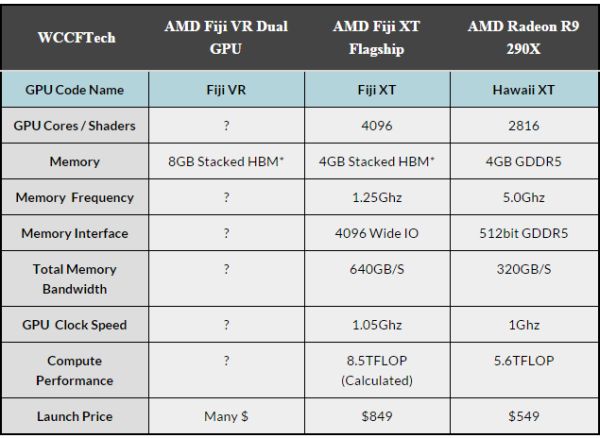 The new Fiji XT GPU architecture is the company's next top-of-the-line GPU, and AMD says that all their cards carrying this GPU will be able to go toe-to-toe with NVIDIA's own TITAN X flagship. To what extent it will be able to do that, however, it's still as good as anyone's guess, as no official benchmark scores of the cards have been posted.