AMD has surprisingly been gaining momentum in the industry. With the company having secured a foothold with Alibaba and in the realm of HPC with Google’s cloud services, it’s an early presumption that things are going to get kicked up a gear when the company makes it supposedly big announcement for the processors come January next year.

According to WCCFTech, there’s a possibility that AMD may be rebranding its 'Summit Ridge' Zen CPUs with the monikers SR7, SR5, and SR3. Much like Intel’s Core i moniker, the supposedly new SR monikers denotes the power of each CPU, with the Zen SR7 being the enthusiast level CPU, and the SR5 and SR3 variants being the more affordable midrange and entry-level Zen CPUs.

As it stands, AMD is planning to announce and launch the Zen SR7 CPU during January 2017 next year, and that these CPUs will be sold at enthusiast-level prices, while the SR5 and SR3 will arrive later at prices closer to the US$200 and US$300 (approx. RM883 and RM1,324) range. 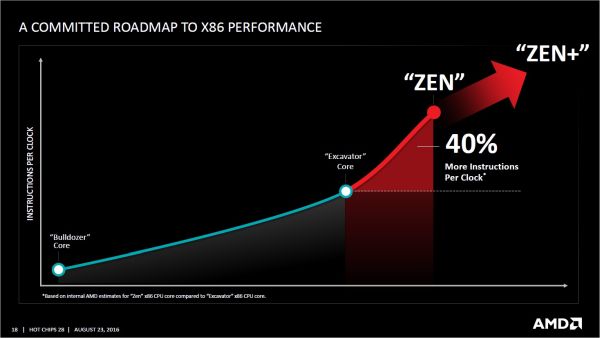 News about AMD’s 'Summit Ridge' Zen CPUs first reared its head earlier in the year. AMD intends to launch their enthusiast-level CPU along with their enthusiast-level AM4 platform, codenamed X370. In addition to that, AMD will also be releasing new reference coolers, all off which will reportedly have cooling TDPs of up to 140W (sounds pretty high, if you ask us), giving us an idea of just how much power the 8-core Zen CPUs are going to be drawing. Performance-wise, word has it that the Zen SR7 will be on par with Intel's own Core i7-6850X Extreme CPU.

Given the proximity of AMD’s supposedly launch date of 'Summit Ridge' and that the earliest tech convention during that time would be CES, we think it’s a safe assumption that AMD is going to be making their announcement during CES 2017.

Again, this is just a rumor, and nothing has been set in stone. Until more concrete information becomes available, we do advise our readers to take this news with a pinch of salt.