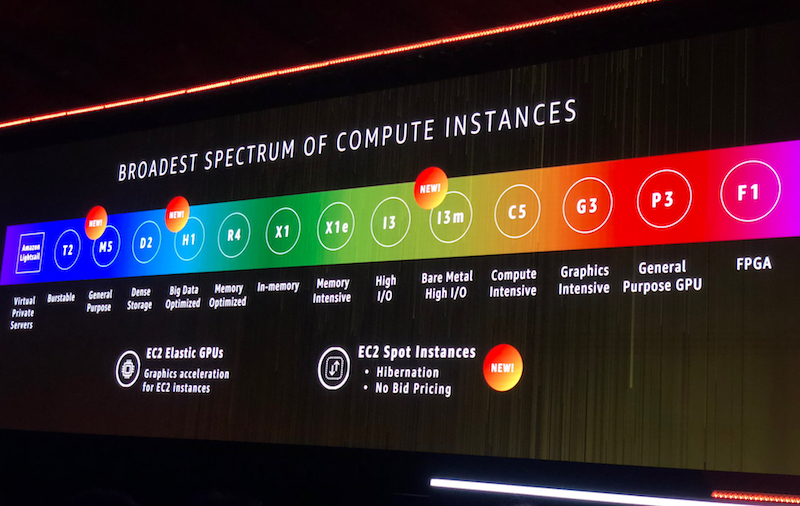 It's not an AWS re:Invent keynote without the announcement of new Amazon Elastic Compute Cloud (EC2) instances, which is why we saw not one, but four EC2 instances at the 2017 conference today. The new EC2 I3 Bare Metal instances are designed primarily for non-virtualized workloads and optimized for high IOPS at low cost, providing Intel Xeon E5-2686 v4 processors, 512GB of memory, 36 hyper-threaded cores, and 15.2TB of NVMe SSD storage. They also support Elastic Block Store (EBS) volumes, Virtual Private Cloud (VPC), Elastic Load Balancers, and fitted with an AWS-engineered Nitro system for hardware offload and secure high-availability business-critical applications.

Under the storage-optimized instance family, the EC2 H1 instances also sport Intel Xeon E5-2686 v4 processors, but as they are designed for big data and data-intensive workloads, such as MapReduce, distributed file systems, and network file systems, provide up to 64 vCPUs, 256GB of memory, up to 16GB of magnetic storage, and 25Gb/s bandwidth per instance. The new EC2 M5 general purpose instances improve on the M4, with a larger instance size that offers up to 96 vCPUs, 384GB of memory, Intel Xeon Platinum 8175 processors, and up to 25Gb/s bandwidth with Enhanced Networking – which makes them great for gaming servers, web and application servers, and application development environments. 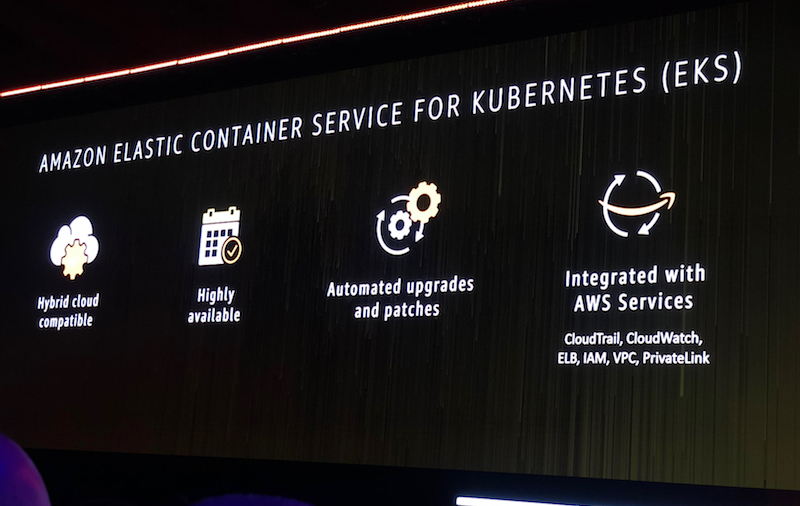 But that's not all, as AWS is making it easy for customers to run Kubernetes masters on AWS by introducing Amazon Elastic Container Service for Kubernetes (Amazon EKS, for short) as a fully managed service. More than 60 percent of Kubernetes clusters in the cloud are on AWS, even when the operation previously involved manual work to ensure zero application downtime. Now in preview, Kubernetes masters are automatically distributed across multiple availability zones for application deployment in highly available environments. Existing Kubernetes applications will work without any code changes, while Amazon EKS can also replace unhealthy masters, as well as perform version upgrades when needed. 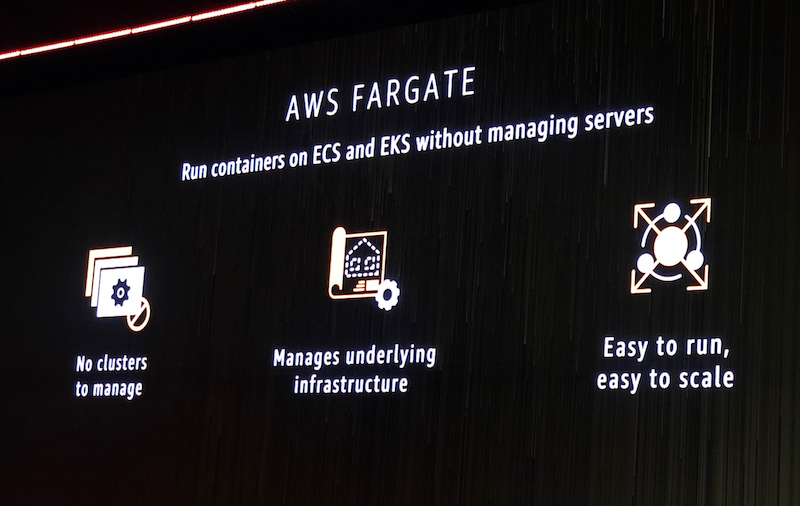 Thanks to the newly announced AWS Fargate, developers can now run containers without having to think about managing clusters of servers. All they need to do is define applications as 'Task', then choose from a list of containers, CPU, memory, networking definitions, and AWS Identity and Access Management (IAM) policies. The good news is they only pay for the amount of vCPU and memory resources consumed by the applications.

Previous Story
The Porsche Design Huawei Mate 10 will be available next week for RM6,999
Next Story
Apple is countersuing Qualcomm in its on-going patent battle