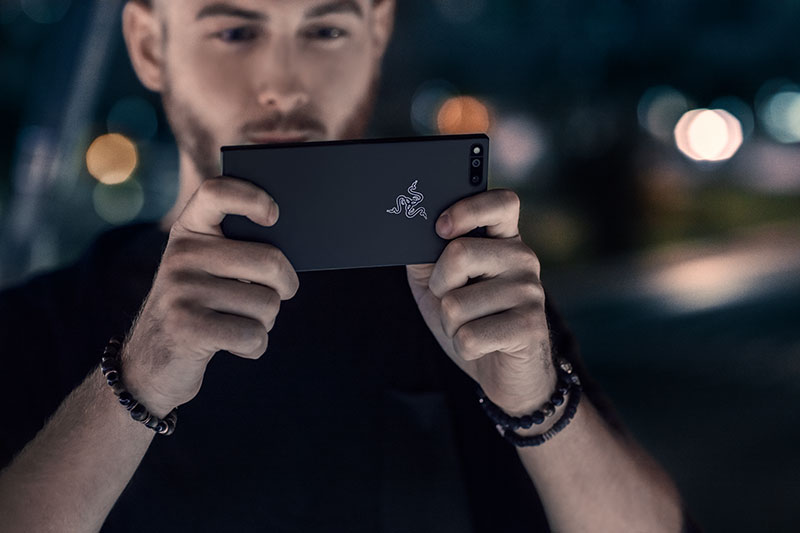 Razer is looking to make itself a household name in all areas of the gaming industry. The company today unveiled the Razer Phone, a smartphone designed to be a mobile gaming powerhouse for the legions of gamers who play primarily on their mobile devices.

The triple-headed snake logo is a familiar presence in the peripherals market, and Razer has also found some success with its Razer Blade gaming laptops and Ultrabooks. But smartphones have so far been uncharted territory for the firm, and the announcement amounts to a bold and ambitious move to expand its reach.

This doesn’t come entirely as a surprise, considering it snapped up smartphone maker Nextbit in January. In early October, Tom Moss, the Senior Vice President of Razer, also tweeted a photo of him with Chief Executive Officer, Min-Liang Tan, that cheekily showed what looked to be a phone sticking out of Tan’s pocket.

On paper at least, the Razer Phone looks like it could challenge the other flagship phones of 2017, with a Snapdragon 835 processor, a whopping 8GB of RAM, and a large 4,000mAh battery. 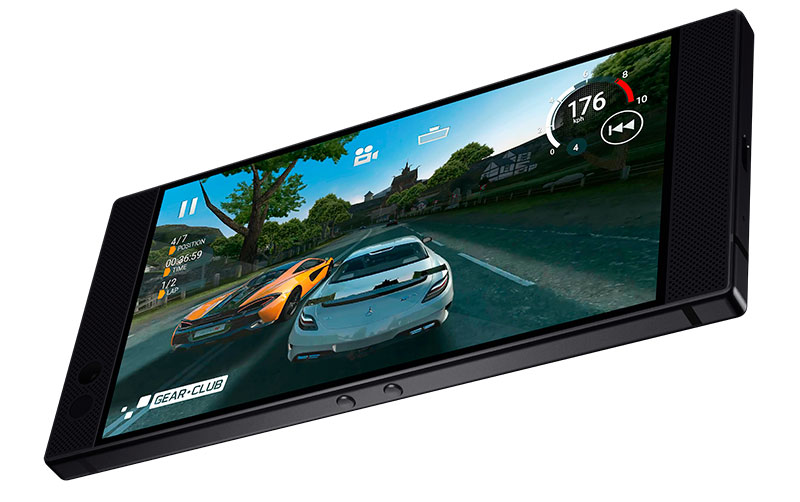 The screen is the obvious standout feature, and Razer says its 120Hz UltraMotion display can deliver the smoothest graphics among today’s smartphones.

The UltraMotion adaptive refresh rate technology also synchronizes the GPU’s output with the display to reduce screen tearing and lag, based off Qualcomm’s Q-Sync technology.

This isn’t the first phone or mobile device to have a 120Hz screen though, and some of Sharp’s AQUOS phones already have the feature, in addition to Apple’s latest iPad Pro with its 120Hz ProMotion display. 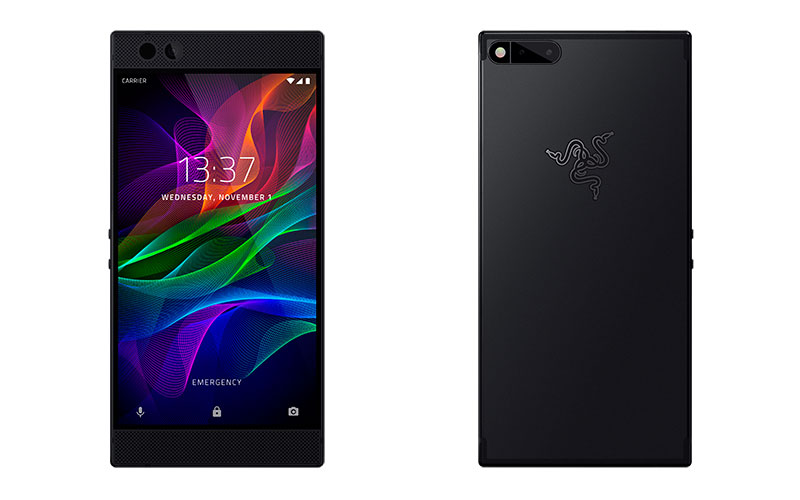 However, the fact remains that the vast majority of flagship phones are still locked to 60Hz, and no one has yet made a serious effort to push 120Hz for mobile games yet. We already know the difference that 144Hz and adaptive refresh rates can make in PC gaming, so mobile seems to be the next logical step.

Mobile VR seems poised to reap benefits from this as well, although Razer has yet to announce any partnerships in this area.

However, the new screen is no good if game developers are still designing around 60Hz and not maximizing the benefits of being able to display the full 120fps. As a result, Razer’s partnering with game developers to optimize games for its new display, an effort that includes the following titles: 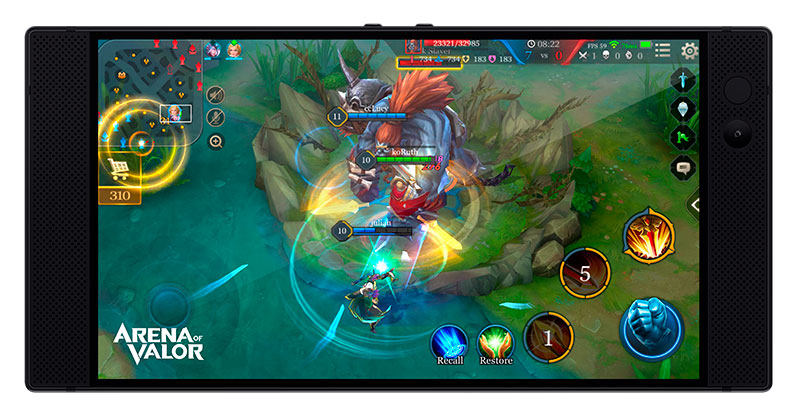 But for all the attention given to the display, Razer isn’t neglecting audio either, and the phone features front-facing stereo speakers powered by dual amplifiers. There’s also Dolby Atmos support, which we usually see in sprawling home theater setups, so it’ll be interesting to see how this plays out on a phone.

Razer put its THX acquisition to use as well, with a THX-certified USB-C audio adapter powered by a 24-bit DAC (yes, there's no 3.5mm headphone jack).

And then there’s the part that can make or break a flagship smartphone today – the camera. Razer is going down the dual-camera route, pairing a wide-angle 12MP camera with a second 12MP telephoto lens.

It also comes with a dual-tone flash for more natural lighting, and employs phase-detection autofocus for faster focusing. However, the phone doesn’t use optical image stabilization, and Razer has gone with a software-based electronic image stabilization instead.

The 4,000mAh battery is one of the largest on smartphones today, and gamers will appreciate having more juice to fall back on.

In addition, you’ll get 64GB of built-in storage, but there’s also a microSD card slot that will let you pile on an extra 2TB if you need it.

The Razer Phone ships with stock Android 7.1.1, but an update to Android Oreo is coming in Q1 2018. Nova Launcher Prime and Google Assistant are bundled by default, and the launcher should provide a wide range of customization options to power users.

The phone will cost US$699 (~RM2,955) and will be available to buy on November 17 in the U.S., Canada, U.K., Ireland, Germany, France, Denmark, and Sweden. The price is actually quite a pleasant surprise, bucking the recent trend of flagship phones that cost nearly US$1,000.

We’ll update once we have news on local price and availability.