The Razer Blade gets another sharpening

The Razer Blade gets another sharpening 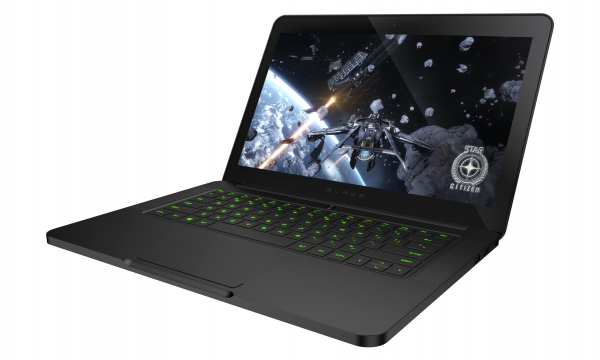 With their Razer Blade lagging behind more and more as modern machines come out, it was a matter of time before Razer decided to refresh their notebook again. Frankly, we're surprised it's taken them this long in the first place, we expected a new Blade entry late last year. That doesn't matter now though, the updated Razer Blade is here and we have the lowdown on what you can expect if you decide to get one.

The newest Razer Blade (it saw a refresh last year) ditches the old graphics card it was paired with and is now equipped with a NVIDIA GeForce GTX 970M, as well as the new Intel Core i7-4720HQ (2.5Ghz) processor. It continues to use IGZO technology for its QHD+ (3,200 x1,800) screen, which is leagues above most notebook offerings. What's IGZO? We've anticipated that very question and have written all about it in a past article. Of course, nobody will be gaming with the latest games on the Razer Blade at that resolution (definitely not with a single NVIDIA GeForce GTX 970M if you're expecting decent framerates), but if you're aiming to use the Razer Blade for design or video editing, it might just fit the bill.

You can get the new Razer Blade (there's no Pro version yet) at Razer's website right now. While there isn't yet a local price for the versions with the Full HD screen, the ones with the IGZO display start at RM8,199.