As you would’ve guessed from the ‘BT’ in its name, the Hammerhead BT is essentially a Bluetooth 4.1 headset – one that uses the Qualcomm aptX codec to ensure that your music doesn’t lose its audio quality when transmitted wirelessly. The Hammerhead BT has custom-tuned 10mm dynamic audio drivers, and is also equipped with an in-line remote and a microphone. Razer says Hammerhead BT – which is compatible with both iOS and Android devices – is able to last for up to eight hours on a single charge. 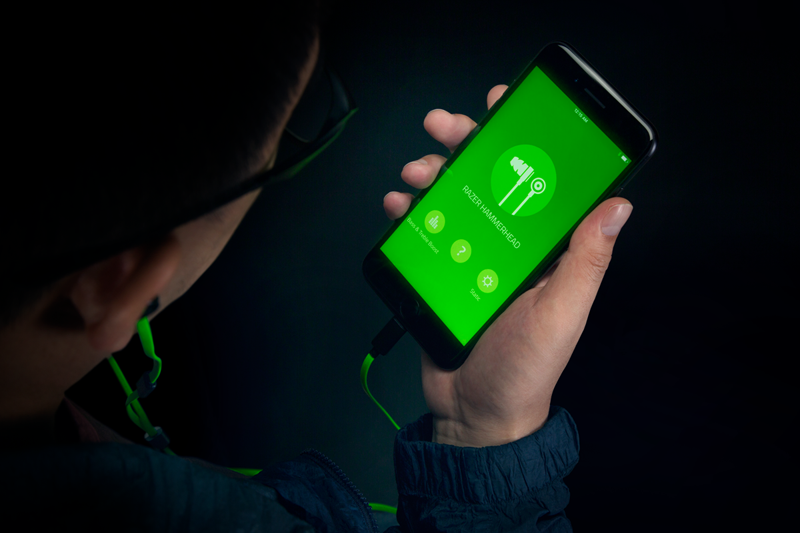 For all you iOS users who have been coerced to live without a 3.5mm audio jack, you should be delighted to know that the Hammerhead for iOS has a Lightning connector and its own digital-to-analog converter that promises to provide crisp-sounding audio. You can even customize its sound signature using the equalizer settings within the Razer Hammerhead iOS companion app. Like the Hammerhead BT, the Hammerhead for iOS has custom-tuned 10 mm dynamic audio drivers, an in-line remote, and a microphone.

Both the Hammerhead BT and Hammerhead for iOS are currently retailing in the United States for US$99.99 (approx. RM440), and will be available worldwide by the end of this month.