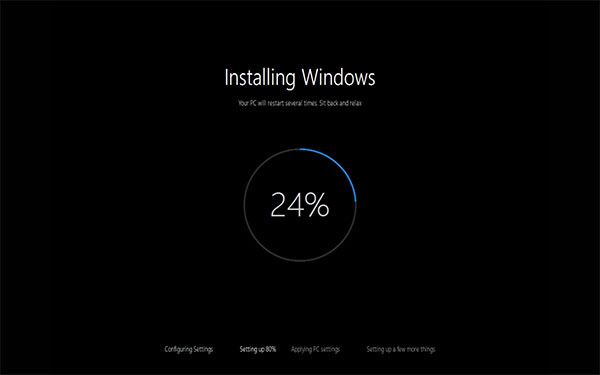 Windows Insiders on the Fast ring, fire up your update engine as there’s a new build waiting for you today. According to Microsoft's Gabe Aul, Build 10122 marks the start of fewer big features being introduced, as Microsoft looks to iron out bugs and polish the code in preparation of the OS’ public release later this year.

Still, eager Windows 10 testers should like what’s in this new build:

Start and Continuum improvements: Microsoft has refined the visual layout of Start by moving File Explorer and Settings to the bottom left of Start next to Power and All Apps for “better symmetry”. You can still toggle between Start menu and Start screen, but the option has been moved to the new Start settings page under Personalization settings. Regarding Continuum, when you switch to Tablet mode, the left-hand pane will collapse but you can bring it back out by clicking the icon at the top left. Start also now has larger tiles, similar to what we see on Windows 8.1.

Microsoft Edge improvements: Microsoft’s new browser gains a New Tab Page, and it features a revamped layout, including top sites, featured apps and content from MSN. It’s now the current default homepage. Other additions include an InPrivate mode, the ability to pin websites to Start, history view, a new animated Reading View icon, and an audio indicator on tabs that have web pages making sounds or playing music. Under the hood, Edge also includes the latest enhancements to the Chakra rendering engine.

Changes to how Windows 10 handles default apps: With Windows 10, both “Classic Windows apps” (i.e., desktop apps) and Universal Windows apps will be unable to invoke a prompt to change your file type defaults; only Windows can do it. Using Microsoft’s example, if you install a new photo editor and go into File Explorer and double-click to open a JPG file, Windows will show you a prompt to change your default to the new app. You will not randomly get such prompts during setup or when an app is launched. Those upgrading from Windows 7 or Windows 8.1, you’ll get to upgrade your defaults during initial set up to new Universal Windows apps that come as part of Windows 10.

Of course, Microsoft's blog post contains more details for those interested, including some of the known issues in this build. The most important one to take note this time is that PCs with AMD GPUs will experience frequent crashes in Microsoft Edge.