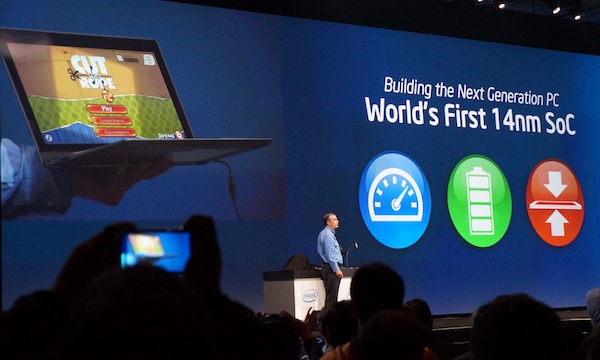 During the recent Intel Developer Forum (IDF) 2013, Intel showcased a 14nm SoC named Broadwell. Designed for use in 2-in-1 devices and Ultrabooks, Broadwell was set for production towards the end of 2013, with commercial products appearing sometime early in 2014.

Unfortunately, the company announced that it has delayed the production of the Broadwell CPU series to early 2014, delaying the availability of any commercial product. This is due to some early manufacturing defects, limiting Intel's ability to produce a significant amount of functioning chips.

Intel CEO, Brian Krzanich said, “We have confidence the problem is fixed because we have data it is fixed. This happens sometimes in development phases like this. That's why we moved it a quarter.”