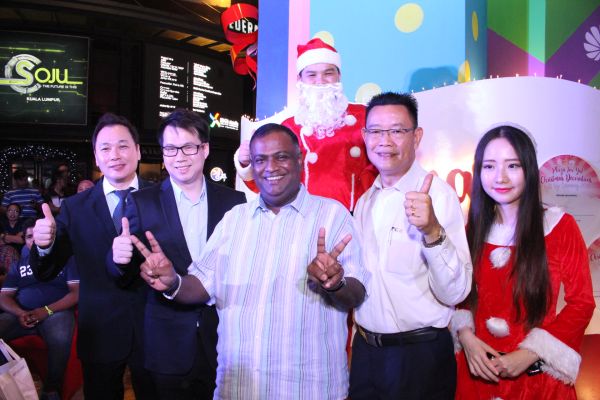 The month of November has ended, and the arrival of the month of December heralds in the Christmas holiday season, and you all know what that means: Christmas carols, and Santa giving out presents to the good boys and girls.

Unfortunately, not all boys and girls are as lucky as others. Some, like the underprivileged children of the Rumah Keluarga Kami home in Kajang, are not as blessed as children with families, as presents for them really are, in the purest essence of the word, a real blessing.

This year, both Plaza Low Yat and Huawei decided to make the children happy with an early Christmas celebration of gifts, cheers, and lights. Earlier this evening, Plaza Low Yat organized a special Christmas Light-Up ceremony near the entrance of their premises. Headed by Albert Khoo, General Manager of Plaza Low Yat, the event saw each individual child of the home getting presents (courtesy of Huawei).

While it was not widely known to the children what they received, we were told at the event that some of them had been given a Huawei MediaPad. 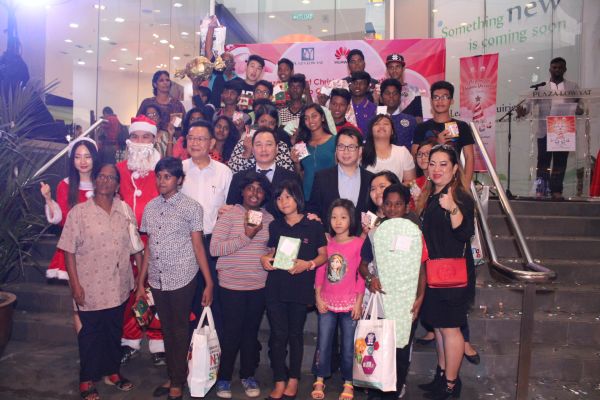 To mark this year’s Christmas Light-Up event, Khoo and several other associates of his also officiated a special kind of Christmas tree, which can be seen as you enter into the Plaza Low Yat area.