You've already seen our coverage of the event's opening and we've even shown you the booth babes in our day two coverage. But as the PIKOM PC Fair 2013 (III) winded down for the year, we thought it would be interesting to check out the fun and quirky things some of the exhibitors decided to do during the last day. First up on our list is Microsoft and the Kinect. Yes, we know that the Kinect has been around for a while now, but the software giant had set up a small little area for its visitors to play around with. Needless to say, the kids who were there flocked to the point and were gleefully jumping with joy over the game that was displayed for the event. Even the booth babe was getting into it and teaching the little kids how to play the game (and still managed to give us a pose too).

MSI was another fun booth to visit. The manufacturer had actually set up a 3-screen racing machine, with full get-up that a racing sim would actually have. Clearly, they weren't sparing any expense in enhancing the racing experience for the crowd that were clearly lining up behind them. 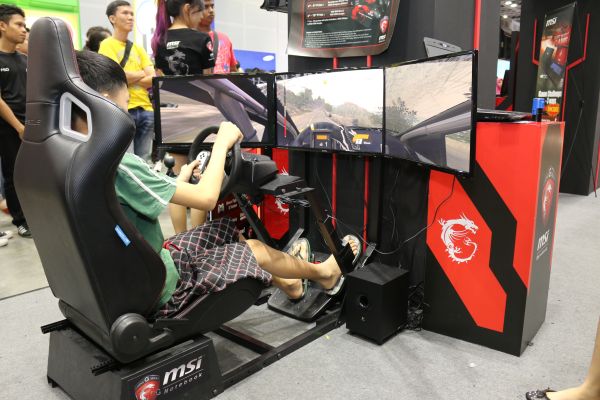 Dell had their own version of a racing sim up as well, though they weren't as well-equipped as MSI. However, that being said, they did have a pretty impressive 3-screen setup that presented smooth frame rates. 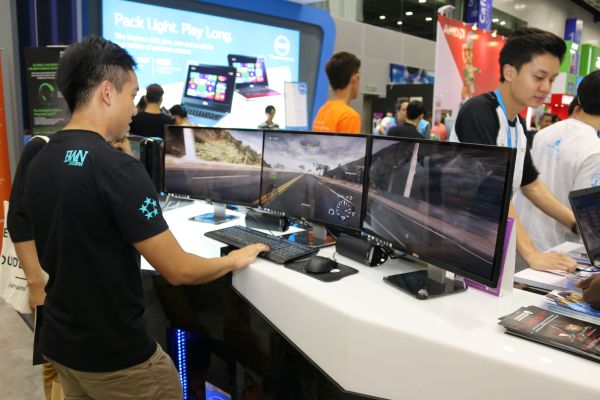 On a final note, we retreat back to our own booth, where we decided to show you one last scene of the Belladonna as it gets dismantled. This behemoth of a desktop, which was the draw of the crowd to our booth may look good, but as the a.p.e.s technician present there said to us, disassembling the Belladonna was actually the real challenge (or chore, as the technician very delicately put it).