Photobucket under fire for coercing users into going premium

Photobucket under fire for coercing users into going premium 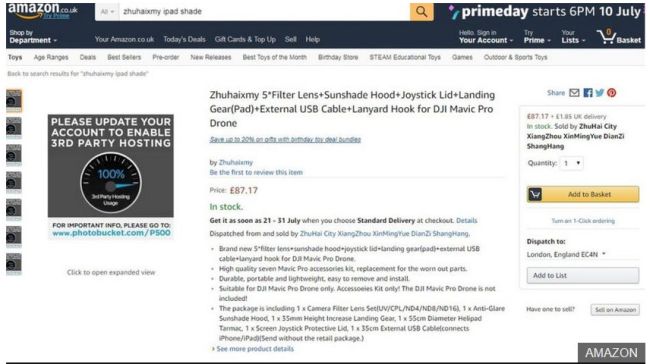 Photobucket, the image and video hosting service, has received backlash after indirectly blackmailing customers into paying US$399 (~RM1,713) a year to be able to embed images on external sites. The terms of Service was updated last week, but strangely failed to include the drastic amendment.

The sudden change inconvenienced many users, as they could not even download their previous images, unless they paid the yearly fee. Photos that were previously embedded on sites like eBay and Amazon by non-paying users are now replaced by a generic image asking users to upgrade their accounts to enable third-party hosting.

Users have even gone to say that this is a form of ransomware, and are voicing out their discontent on social media.