Update (15/1/16): We've just received the pricing for the five monitors. They've been included into the sub-headings of this article. All prices listed are inclusive of 6 percent GST. 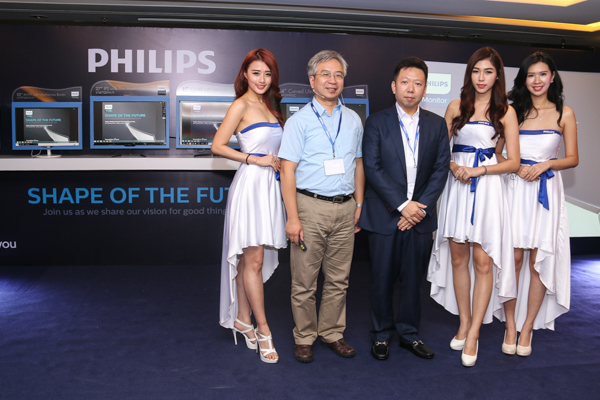 It’s been quite a while since we last saw Philips launch a monitor, but it looks like they’re compensating for it with the launch of not one, not two, but a total of five different monitors. 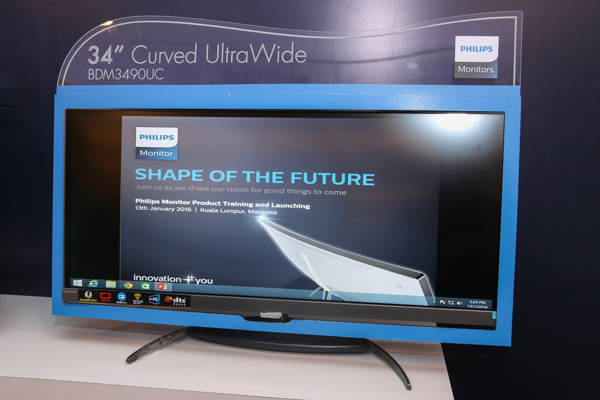 We’ll begin with its flagship monitor, the 34-inch BDM3490UC QHD (3,440 x 1,440) ultra-wide curved monitor, which features an AH-IPS display that has extra wide viewing angles of 172/178 degrees, and a wide 21:9 aspect ratio. You won’t have to worry about the bezels of the BDM3490UC ruining the QHD viewing experience, as they have been made to be as thin as possible to minimize distractions. This is a good thing, considering that the BDM3490UC is able to accurately reproduce 99 percent of the sRGB color gamut. No speakers? No worries. The BDM3490UC is packed with its own two 7W speakers with DTS sound.

Connectivity-wise, the BDM3490UC is packed with all the ports that you’ll ever need, including four USB 3.0 ports, a DisplayPort 1.2 port, a HDMI 2.0 port, a HDMI 1.4 port, an HDMI/MHL port, and an audio combo jack. 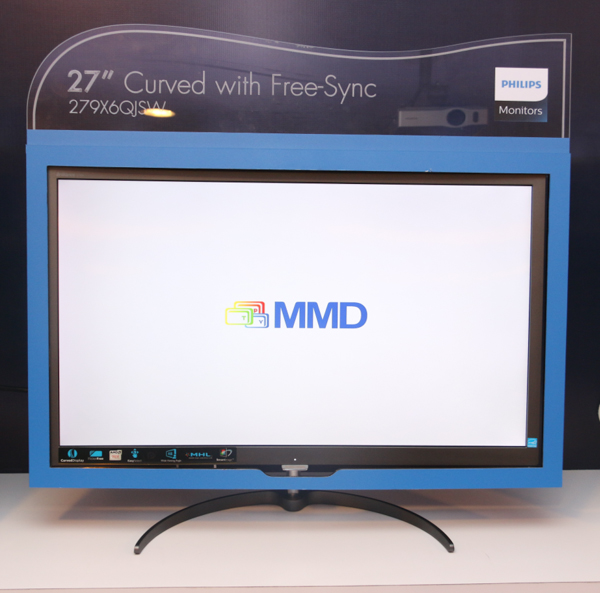 If your worktable is a little too small for a 34-inch curved monitor, you might want to opt for the slightly smaller 27-inch 279X6QJSW Full HD (1,920 x 1,080) curved monitor instead, which has a high contrast MVA-LED display that boasts an extra-wide 178/178 viewing angle, and a more conventional 16:9 aspect ratio. You can expect to be able to marvel at the 279X6QJSW’s LED-backlit screen for hours on end without ending up drying or straining your eyes out, as it comes integrated with Philips’ Flicker-free technology, which automatically helps to regulate brightness and reduce flicker.

Unlike most monitors, which are often fitted with control buttons that are about the size of a grain of rice, the 279X6QJSW comes with adequately-sized EasySelect Menu Toggle Key on its back, which helps you to navigate its on-screen display settings effortlessly.

You’ll be able to connect to the 279X6QJSW through its VGA port, DisplayPort, or HDMI/MHL port. 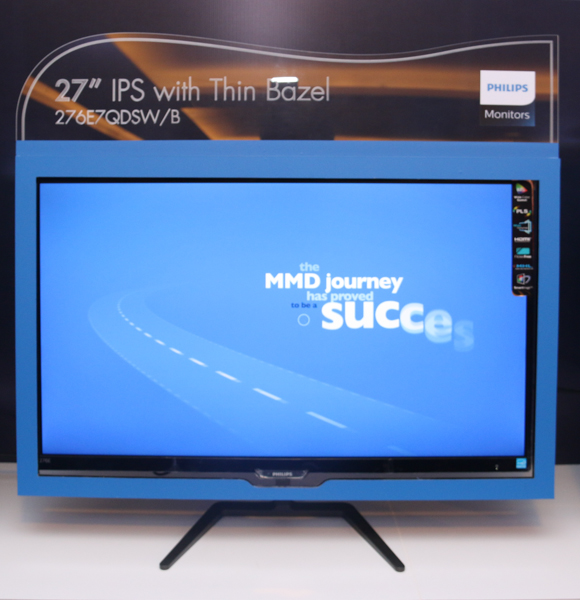 The biggest of the trio would be the 27-inch 276E7QDSW, which has a Full HD (1,920 x 1,080) PLS LED display, a viewing angle of 178/178 degrees, the ability to display 82 percent of the NTSC color gamut (or 99 percent of the sRGB color gamut), and Philips’ SmartContrast, SmartImage Lite, and Flicker-Free technology.

Move one rung down and you’ll have the 23-inch 23E7QDSW, which pretty much has identical features as its 27-inch counterpart, just that it uses an AH-IPS edge-to-edge display instead of a PLS LED display, and has the aesthetic advantage of having ultra-thin bezels. Everything else, including its Full HD (1,920 x 1,080) resolution, is status quo. 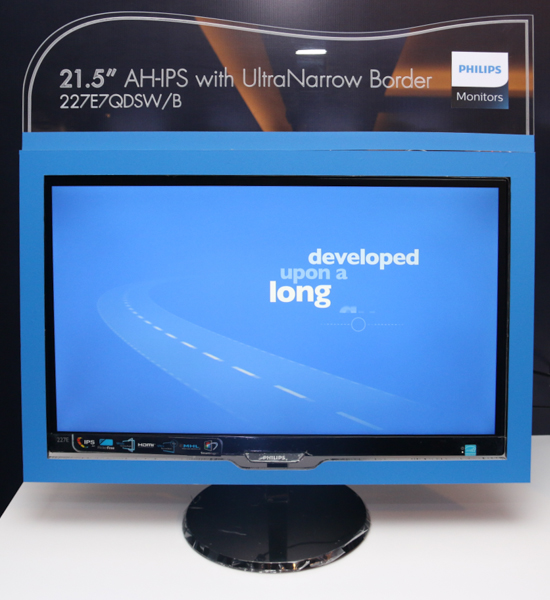 The 21.5-inch 227E7QDSW, meanwhile, is essentially just a smaller version of the 23-inch 23E7QDSW. Apart from the difference in screen size, they both share identical specifications and features with one another.

Like their curved sibling, the 279X6QJSW, all three Philips E-Line monitors are equipped with the EasySelect Menu Toggle Key on their back panel. They each have the same connectivity ports as well, which include a VGA port, a DVI-D port, an MHL/HDMI port, and a HDMI audio out port.

Unfortunately, Philips has yet to confirm the retail prices of the five monitors, as they’ve just been brought into the Malaysian market. Nevertheless, the company did at least mention that they’ll all be available for purchase by the end of this month.

We’ve already reached out to Philips to provide us with the respective prices of the monitors as soon as they receive them – we’ll update this story the moment they do.

For more news on Philips, please follow us here.