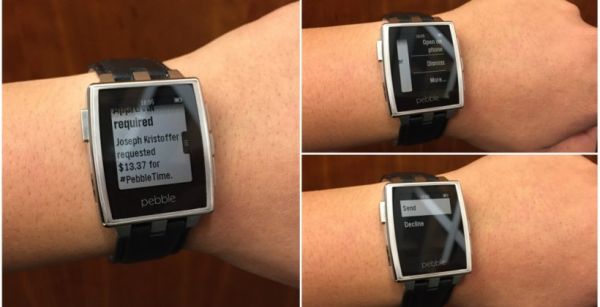 The famous e-ink featured smartwatch is getting smarter this week with a firmware update and a new integration with an accompanying Android app. Most notable of these enhancements is the PlexFit app, which now give the Pebble access to Google’s handheld fitness system, Google Fit.

With the latest update, the Pebble also gains better notification functionality by taking advantage of Android Wear Notifications and Pebble-defined replies. Users will be able to set five pre-made responses in advance, then choose the one you want when the time comes. This update works with most Android-compatible SMS messaging apps.

To use these enhancements, users will need up update their Pebble’s firmware to version 2.9 and pair their smartwatch with an Android device running Android 4.0 Ice Cream Sandwich or better, and running the Pebble Android app version 2.3 or higher.