Pebble returns to Kickstarter with the Pebble 2, Pebble Time 2, and Pebble Core

Pebble returns to Kickstarter with the Pebble 2, Pebble Time 2, and Pebble Core 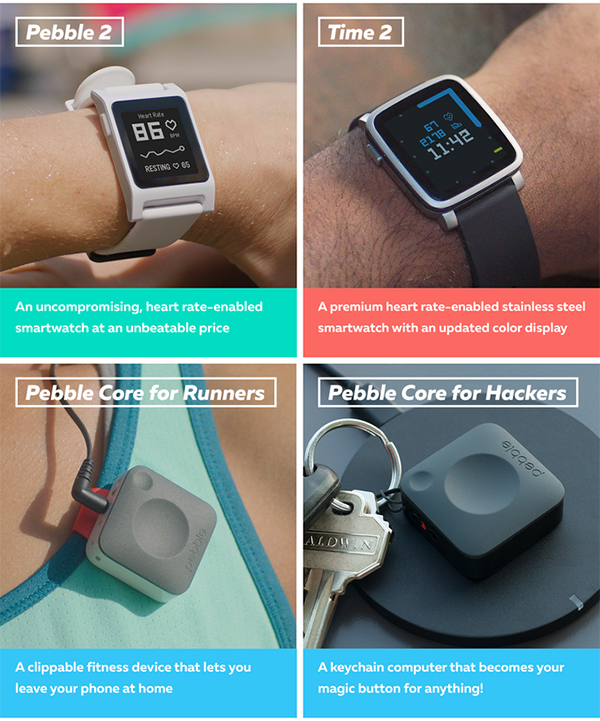 Pebble, the company that brought us the incredibly popular Pebble and Pebble Time smartwatches, has recently launched a Kickstarter campaign dedicated to the successor of both the aforementioned wearables – the Pebble 2 and the Pebble Time 2, and also a brand new clip-on fitness tracker dubbed the Pebble Core.

The Pebble 2 is pretty much an improved version of the original Pebble. It has a monochrome e-paper display, an always-on heart rate monitor, an integrated microphone, and a seven-day battery life. It’s water-resistant up to 30 meters as well.

The Pebble 2 is slated to begin shipping in September 2016 and will be retailing for US$99 (~RM407). It's available in colors of Flame, Aqua, Black, White, and Lime.

The Pebble Time 2 shares almost identical features with the Pebble 2. The only difference is that it sports a color e-paper display and a 10-day battery life. 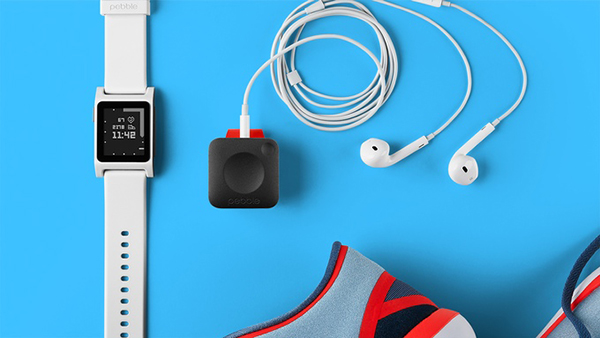 And that brings us to the new kid on the block, the Pebble Core – a compact and lightweight wearable that seeks to replace your smartphone when you go out for a run. Not only does it support 3G, Wi-Fi, and Bluetooth connections, it also packs a built-in GPS just so you can have the route of your runs tracked within fitness apps like Runkeeper and Google Fit.

Being able to equip the Pebble Core with a Micro-SIM card also means that you’ll be able to stream your favorite songs, playlists, podcasts, and audiobooks from Spotify while you run. Prefer not to have a Micro-SIM card fitted into the Core? No worries, you can have all your Spotify content stored on its 4GB internal storage for offline listening.

Pebble says the battery of the Pebble Core is able to provide you with nine-hours of location tracking and offline music on a single charge, and can be paired with your Pebble watch so that you can control your music and monitor various fitness metrics such as your time, distance, and pace.

Not into running? You might want to get the Android 5.0-powered Pebble Core for Hackers instead, which comes with two programmable buttons (which you can use to hail an Uber ride, for example), a hardware expansion port, and early SDK access on top of all the other features of the regular Pebble Core.

At the time of writing, Pebble’s Kickstarter campaign for the Pebble 2, Pebble Time 2, and Pebble Core has already successfully managed to amass US$5.16 million (~RM21.2 million) – more than five times the amount of its US$1 million (~RM4.1 million) goal. By the way, the campaign is only into its first day and still has 36 more days to go. Talk about being an overnight sensation.