Pebble has been acquired by Fitbit

Pebble has been acquired by Fitbit 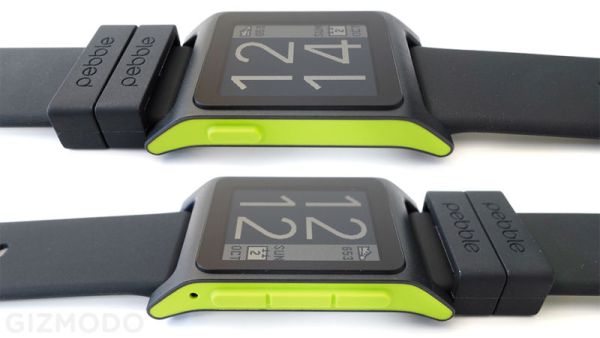 Pebble is a brand that first made its bones on the crowd-funding site Kickstarter. It’s one of the few brands that is recognized as one of the few very successful Kickstarter campaigns in history, garnering millions of dollars in a short amount of time with each iteration of their smartwatch.

Sadly, it is unfortunate that the company behind the wearable is no longer, and what’s left of the company has been snagged up by its (indirect, depending on how you look at it) competitor, Fitbit. In fact, Fitbit recently sent out a press release, confirming their acquisition of the company.

“With this acquisition, Fitbit adds deep industry expertise in platform development that complements the company’s core discipline of innovative health and fitness features. The additional resources will facilitate the faster delivery of new products, features and functionality while introducing speed and efficiencies to develop the general purpose utility consumers value in a connected device. The acquisition will also accelerate the development of customized solutions and third party applications for Fitbit Group Health customers and partners, including researchers, employers and providers.”

So the question at hand is: what happens to all currently existing Pebbles and their users? Sad to say, the answer from Pebble was that “One-to-one Pebble support is no longer available,” and “any Pebble out in the wild is no longer covered by or eligible for warranty exchange.” To put it in another perspective: that Pebble that you own is now the last of its kind.

Despite their recent Kickstarter campaign back in May this year that raked in US$12.8 million dollars (approx. RM56.75 million), the news of the company’s acquisition by Fitbit means that backers won’t be getting their new Pebble smartwatch, and will instead receive a refund. Even then, the refunding process won’t be completed until the March 2017 next year.

With that being said, we guess the only thing that we can say at this point is this: