Panasonic LUMIX GF6 to Come with Wi-Fi and NFC

Panasonic LUMIX GF6 to Come with Wi-Fi and NFC 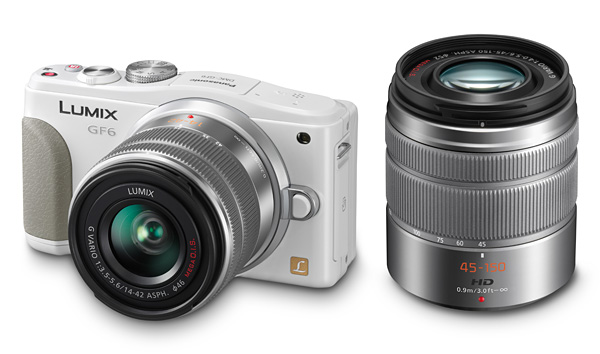 Panasonic has just announced the LUMIX GF6, a new mirrorless system camera in the Micro Four Thirds family. Compared to the GF5, the GF6 sees the introduction of a Mode dial, a 180-degree tilting LCD, a megapixel bump from 12MP to 16MP, and higher video frame-rates at 1080/50i compared to the GF5's 1080/25p. The GF6 also comes with Wi-Fi and NFC connectivity, which allows the camera to be paired with smartphones and tablets.

The new Live MOS 16MP sensor and Venus Engine comes with advanced noise reduction; the camera can shoot up to ISO 3200 (Auto) and ISO 25,600 (extended). The high-resolution, touch-sensitive 1040k-dot LCD monitor can be flipped approximately 180 degrees vertically for self-portraits, and the front panel is now directly attached to the LCD without an air layer in-between, which Panasonic says will dramatically reduce the reflection of external light. Color reproduction has been improved by approximately 20%. 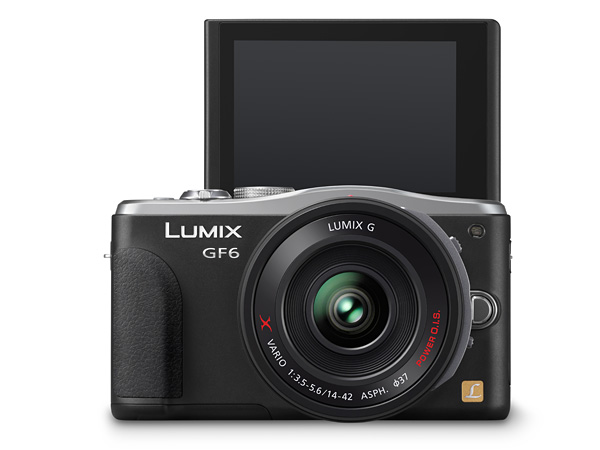 The number of image filters have been increased from 14 on the GF5 to 19 on the GF6. New features include Creative Panorama, which lets you shoot horizontal and vertical panoramas. Another new feature called Stop Motion Animation produces a stop-motion video in-camera with sequentially shot images, Clear Retouch removes unwanted objects in an image by tracing your finger over them on the LCD.

The GF6 comes with Wi-Fi and NFC (Near Field Communication), which means you can connect the camera with a NFC-compatible smartphone or tablet just by bringing the two together. After the two devices are paired, you can use the smartphone or tablet as a remote shutter with a monitor to display what the camera is seeing. An Instant Transfer function allows the camera to transmit photos to a paired device automatically whenever a picture is taken, and images can be transferred on the spot. 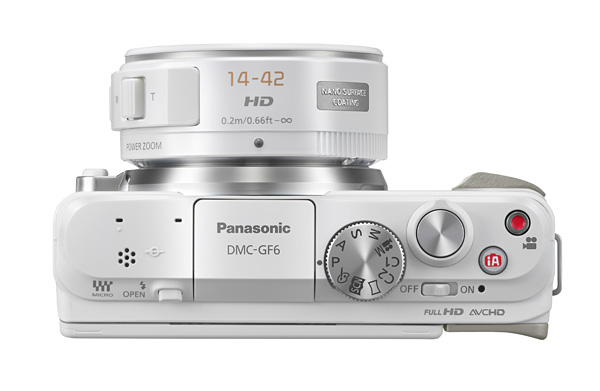 The GF6 records full-HD 1920 x 1080 video at 50i with full-time AF and stereo in AVCHD, videos are also be recorded in the more user-friendly MP4 format. The camera's price and local availability have yet to be confirmed.