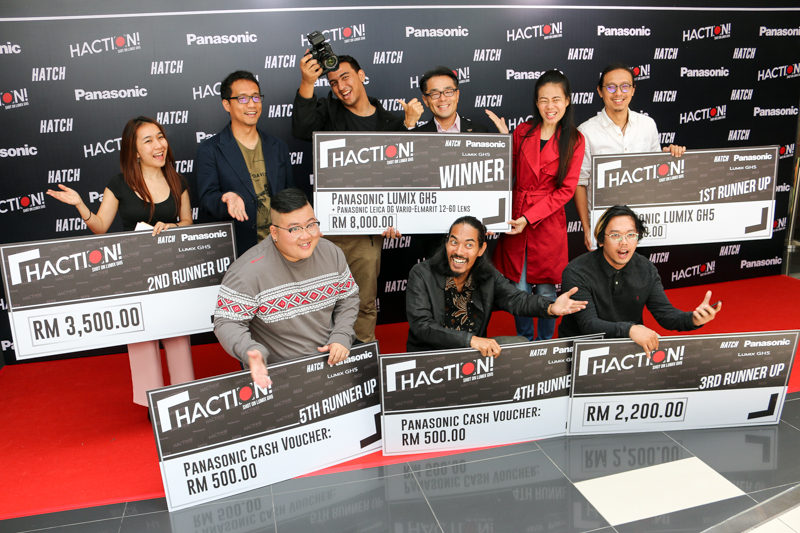 The short films,  which are available on YouTube for your viewing pleasure, were shot by local filmmakers as part of the 'HACTION! Shot on LUMIX GH5' competition. The rules were simple: produce a five-minute video that showcases the beauty of Malaysia, and its six decades of unity, peace, and harmony.

Each filmmaker was given a LUMIX GH5 for audio and visual recording, a RM4,000 production fund, and a period of 30-days to conceptualize, film and submit their short film. Out of the six films that were screened to us earlier this morning, it was Sherwynn Victor’s war-themed short film, 'Aku Masih Ingat’, that earned him the grand prize of a LUMIX GH5 (complete with a Panasonic Leica DG Vario-Elmarit 12-60mm lens) and a cash prize of RM8,000.

The winning film was selected based on three criteria: storytelling, editing and post-production, and cinematography. The selection process was conducted by a panel of judges comprising Ahmad Izham Omar, the Chief Executive Officer of Primeworks Studios; Hiroyuki Muto, the Deputy Managing Director of Panasonic Malaysia, and Low Ngai Yuen, renowned Malaysian film director and actress.

“Panasonic is committed to the development of innovative digital cameras to provide a new photo culture in the digital era. Our partnership with Media Prima is a significant platform to be part of the journey in celebrating Malaysia’s 60th National Day by helping to develop local filmmakers and content creators, providing them with the opportunity to showcase the quality of Malaysian original content, powered by LUMIX GH5,” said Hiroyuki Muto, Deputy Managing Director of Panasonic Malaysia.