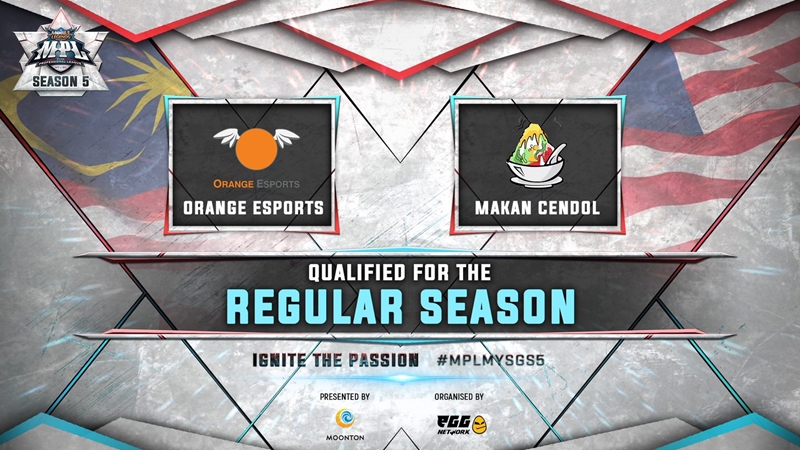 If you've been keeping up with the Mobile Legends: Bang Bang competitive scene, you might recall that Season 5's list of invited teams: Todak, Axis Esports, Geek Fam, Team Bosskurr and of course, Season 4's champions EVOS SG were announced about a week ago.

Anyway, that same announcement (check out our piece on it!) also lists the qualifier dates for both Singapore and Malaysia - from which three Singaporean teams and two Malaysian teams will compete to join the aforementioned five. So, without further ado, we're happy to announce that the two representatives from Malaysia will be Orange Esports and Makan Cendol, who've emerged victorious at the end of a scuffle involving over 600 teams last weekend. 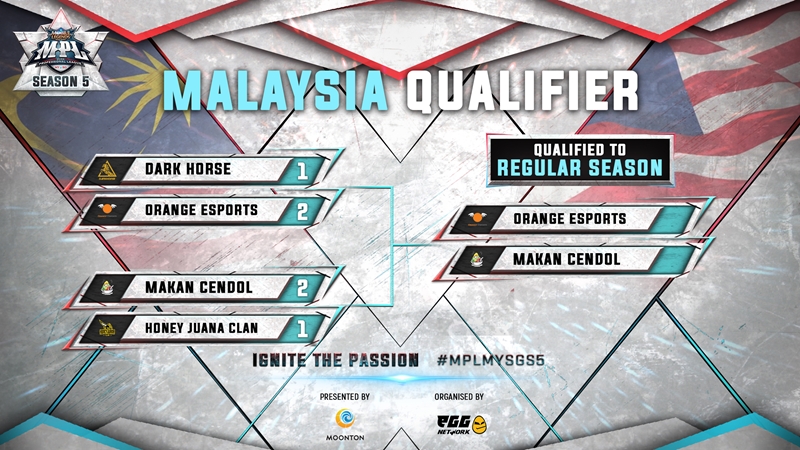 Now, it's no surprise that everyone would want a shot at glory - that prize pool of US$100,000 is no joke, after all. But let's see what we've got in terms of players - skill is what wins games, anyway.

First up are Orange Esports, who are coached by former Saiyan Reborn manager HawkEye. The team includes the likes of Eren, Mom, Cakbu, Mal, Grengo and Silo, who was formerly from Saiyan Reborn as well.

Meanwhile, Makan Cendol's roster includes Artha, Raisyaa, SmoothJago and Ax (formerly from Saiyan Reborn), as well as MPL newbies Tacus and Cuckoo. The former four were also part of XPAX X-Assassins back in Seasons 3 and 4.

Well, that just about sums up the Malaysian side, so all that's left is to see which three Singaporean teams come out on top this coming weekend (15-16 February). For interested viewers, the bronze and semi-final matches will be streamed live on the Mobile Legends Facebook page, so make sure to check it out if you're keen on getting in on the action.