Opera Software has announced that the Opera TV Store has added a milestone tenth company, Samsung, to its list of global customers. 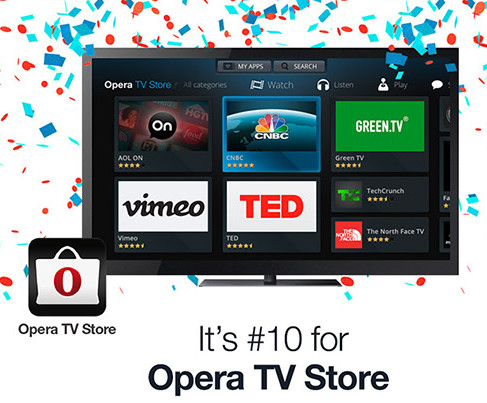 Agreements have also been announced with MediaTek, Humax, Changhong, Konka and Amino, and, recently, Samsung rounded off the list of 10 with the addition of the Opera TV Store to selected Blu-ray Disc players. Opera Software is showcasing its Opera TV Snap technology for brands and content owners, as well as how apps can interact with live broadcast at the CES 2014. The latest Opera Devices SDK, the first commercial-grade Chromium/Blink-based engine for connected TV, will also take centerstage.