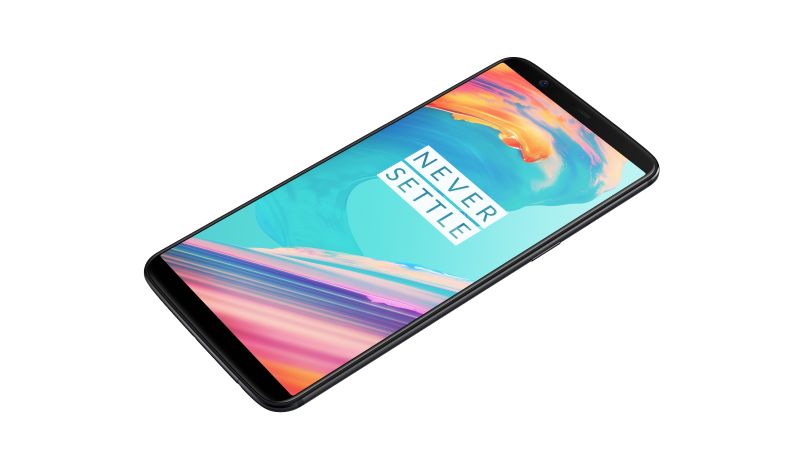 OnePlus officially unveiled its new 5T flagship earlier today. And yes, its specifications are indeed similar to the ones mentioned in the leaks that have been circulating over the past month, which isn’t necessarily a bad thing.

The first thing that you’re bound to notice about the 5T is its massive 6-inch OLED (near) bezel-less display, which has a resolution of 1,080 x 2,160, and an 18:9 aspect ratio. It comes replete with a selection different color calibration modes to cater to the color preferences of most users, including sRGB and DCI-P3.

Helping to keep the lights of the 5T on is a 3,300mAh battery that supports OnePlus’ proprietary Dash Charge fast-charging technology. According to the company, a 30-minute charge is enough for the 5T to last an entire day.

Located on the back of the 5T is its dual camera system, which comprises a 16MP main camera (the same one found on the OnePlus 5), and a 20MP f/1.7 secondary camera to cater for low-light situations. To help reduce noise artifacts and improve clarity, the 5T will be using what OnePlus is calling ‘Intelligent Pixel Technology’, which works by combining four pixels into one – we’ll have to get our hands on the device to find out just how effective the technology is.

Situated below the rear cameras of the 5T is its ceramic fingerprint scanner, which is supposedly able to unlock the device in 0.2 seconds.

Both the 6GB/64GB and 8GB/128GB variants of the 5T will be sold in the United States and Europe beginning November 21 for US$499 (~RM2,077) and US$559 (~RM2,327), respectively. Considering that OnePlus has an official presence here in Malaysia, it wouldn’t hurt to anticipate the arrival of the device on our shores in the near future.