One of two new Moto Mods is an instant photo printer

One of two new Moto Mods is an instant photo printer 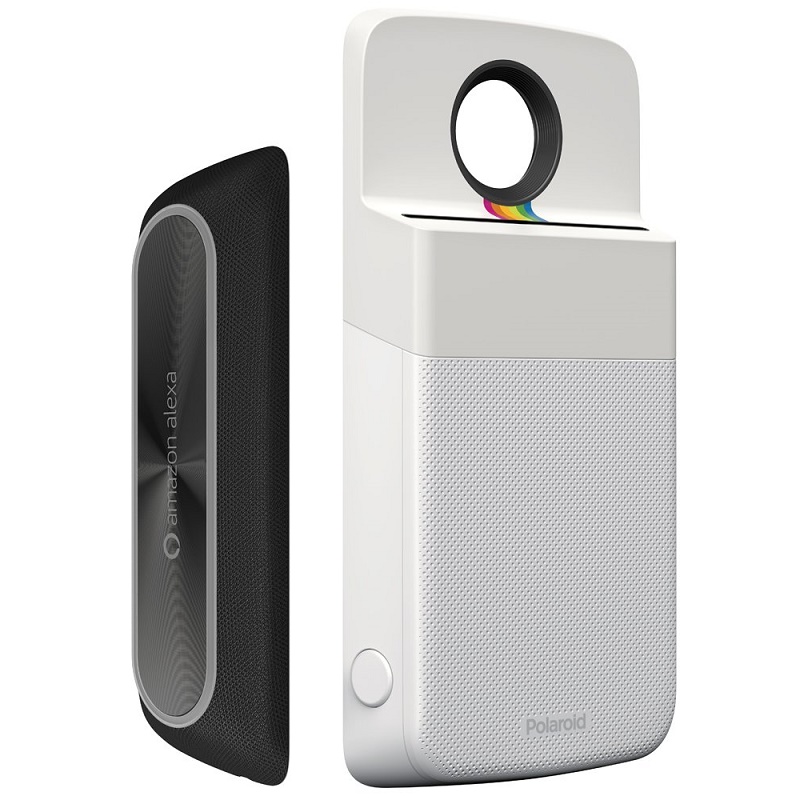 Back in MWC 2017, Lenovo teased a number of Moto Mods for its Moto Z series devices. Thanks to reputable leaker Evan Blass, we now have a better look at two unreleased Moto Mods. The left Moto Mod turns the Moto Z device into an Amazon Alexa speaker, while the right Moto Mod appears to be a Polaroid-branded instant photo printer attachment.

With Alexa, the smart speaker essentially provides the connected phone with an intelligent personal assistant. This allows you to search for information on the web, check the weather, and more using your voice.

The Polaroid attachment, on the other hand, will likely hold photo papers for quick printing on the go. This Moto Mod was previously deemed as an experimental product. Based on the render, not much has changed physically aside from the Polaroid branding up top.

A Moto Mod attaches to a compatible Moto Z phone via 16 magnetic points located behind the device. No release dates have been announced, but they're likely to arrive as early as this December.

Previous Story
That's not a mirrored compact, it's the Casio TR mini
Next Story
Apple reportedly looking at introducing iPhone with a stylus