NVIDIA's Pascal card may not use HBM2, leaked photos suggest

NVIDIA's Pascal card may not use HBM2, leaked photos suggest 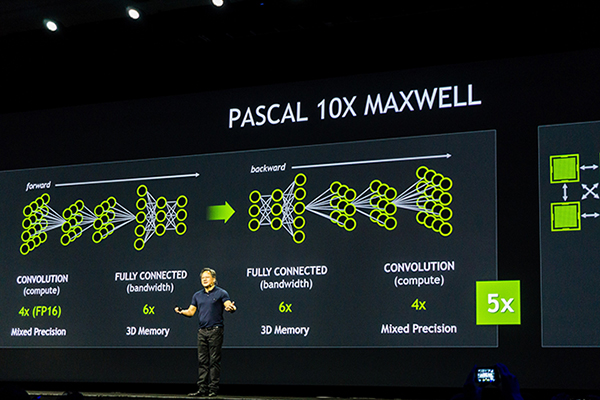 PC gamers and enthusiasts are waiting with bated breath for new NVIDIA and AMD graphics cards to drop in the next few months, but there are still many questions surrounding the technology that will be featured in the upcoming GPUs. While early reports hinted that the new cards would use HBM2 memory, more recent developments have suggested that AMD’s upcoming Polaris GPUs will use GDDR5 instead, and that now seems to be the case for NVIDIA as well.

Leaked photos of NVIDIA’s Pascal-based GP104 GPU, which looks to be for the GeForce GTX 1080 (NVIDIA hasn’t revealed the names of the new cards, and we’re using this term for easier reference only), appear to show the chip with a standard memory interface instead of HBM.

This could be either GDDR5 or GDDR5X, and PC Perspective is reporting that the GeForce GTX 1080 may end up using the latter memory type. While possible, that also seems a bit early as Micron has previously said that it will only ramp up production later in this year.

But Micron has also reported good initial production yields, and combined with the JEDEC qualification, it is still possible that NVIDIA may use GDDR5X on its top-end GPUs after all.

These rumors actually aren’t much of a surprise, as all current signs point to HBM2 arriving with the highest performing GPUs from both red and green camps that are expected between late 2016 and early 2017, namely, NVIDIA’s GP100 (the recently announced Tesla P100 card uses this and features HBM2) and AMD’s Vega architecture.

HBM also requires an entirely different memory controller architecture from GDDR5, so given that GM204 doesn’t seem to be using HBM, it’s unlikely that NVIDIA will build a second memory controller for the same GPU core.

With that said, HBM – and its second-generation HBM2 iteration – still represents the future for GPU memory, and we’re still inexorably headed in that direction. We’ll just have to wait a little while longer for it.