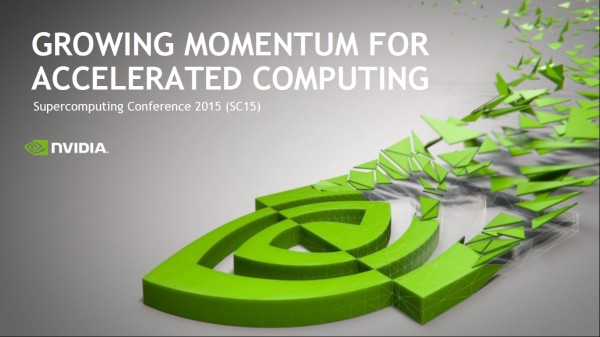 Last week, we reported on NVIDIA’s announcement of their new Tesla M40 and Tesla M4 GPUs, which are designed for use in High Performance Computing (HPC) applications, sophisticated machine learning, as well as Deep Learning. Based on the new Maxwell architecture, both cards are essentially created to handle mass volumes of data in real time.

NVIDIA explains that many companies around the world have seen the potential of creating data centers that are GPU-powered, prompting them to switch their own CPU agnostic data centers into new ones powered by NVIDIA Tesla GPUs. 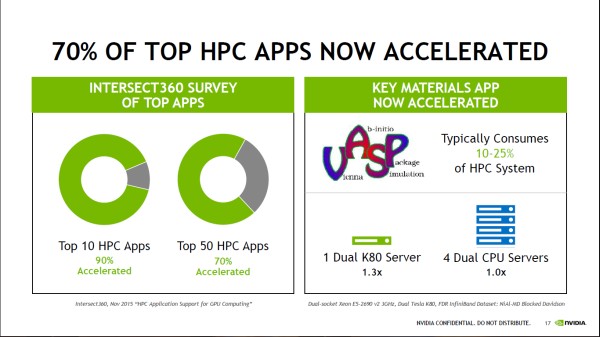 As we mentioned, NVIDIA has proven that GPU-powered data centers are more efficient when it comes to driving research data. Statistically, NVIDIA’s Tesla GPUs are responsible for driving more than 70 percent of the world’s top HPC apps: nine out of the top ten HPCs apps are GPU driven, while 35 out of the world’s 50 best HPC apps are also driven by NVIDIA’s GPU.

On that note, we think it’s important to mention that NVIDIA’s Tesla GPUs are now responsible for accelerating the VASP (Vienna Ab initio Simulation Package). If you want to know more about VASP, we do recommend that you read the official literature.

NVIDIA’s new Tesla GPU is so powerful in amassing and quantifying data in real time, they’ve actually been given a US government contract to provide the National Oceanic and Atmospheric Administration (NOAA) with their GPUs in order to build the agency’s next-generation weather forecasting clusters. 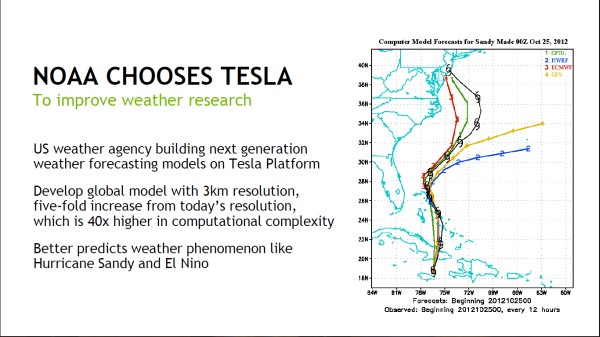 NOAA is a weather agency that is responsible for predicting weather patterns for the US. With this new level of GPU technology thrown into their hands, NOAA is now able to, in real time, map out and predict weather patterns more accurately, create simulations of natural disasters such as cyclones or hurricanes, and even the current El Nino phenomenon.

To repeat ourselves: not only will NOAA be able to predict weather patterns more accurately with NVIDIA’s new GPUs, but they will now also be able to simulate weather patterns (i.e. the size of a hurricane, its general direction, general rain pattern, etc.). To that end, it's not just NOAA that has been sold on the power of accelerated computing. Even the Swiss meteorological agency, MeteoSwiss, was sold on the idea of being able to monitor weather patterns and simulations in real time. 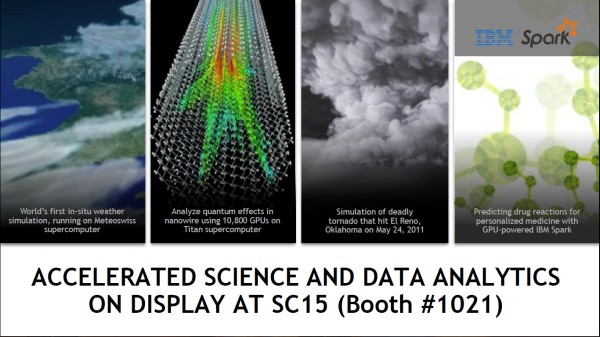 For what it’s worth, it’s nice to know that agencies the world over are starting to realize just how much more efficient GPU technology is in the field of science, and how it has helped many institutes drive their research efforts in Deep Learning and HPC even further.