The NVIDIA TITAN X succeeds the previous GTX Titan X in being completely bonkers in both performance and price. 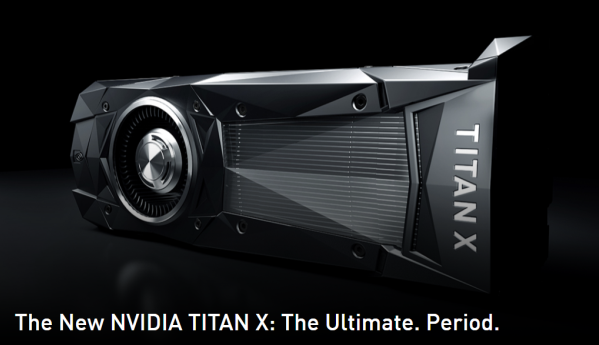 It apparently began with a bet between Brian Kelleher, NVIDIA’s hardware engineer, and Jen-Hsun Huang, the company’s CEO. The bet was that it would be possible to get over 10 teraflops out of one chip. NVIDIA’s CEO thought that was crazy.

And crazy NVIDIA’s engineers are, because the result is the NVIDIA TITAN X (not to be confused with the NVIDIA GeForce GTX Titan X from last year). How crazy? Well, check out the numbers and decide for yourself.

So NVIDIA’s CEO now owes one if its engineers a dollar, and NVIDIA tells us not to call them crazy because we might just owe them another dollar. But if a dollar can bring to the world a card that costs nearly RM5,000, and with that sort of performance, that seems a small price to pay.