We thought NVIDIA was making good progress in closing the gap between desktop- and laptop-class GPUs, and putting the difference between the two at 25 percent with the Maxwell architecture was already quite the feat. Now, NVIDIA says it has done even better, closing that gap to only five percent. How are they doing it? By putting the desktop-class GPUs into gaming notebooks. 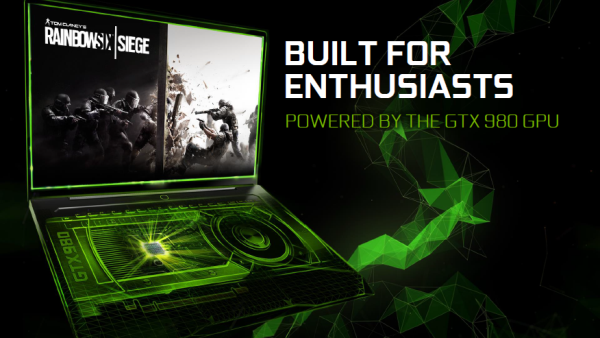 What this means is, the compromise for portability comes with a much smaller dip in performance, if any at all. No longer does having a gaming notebook mean having to play the latest and greatest AAA games at sub-par graphics settings.

What this also means that we have a series of firsts before us. Not only is this the first time gaming notebooks will have desktop-class GPUs, this will also be the first time notebook GPUs are getting 7Gbps of memory clock speeds. Also a first is for gaming notebooks to come with unlocked GPUs for gamers to overclock to their hearts' content. Being engineered for overclocking this way also means that you get, also for the first time, pretty much full control over the fan of the notebook to accommodate how much further you are pushing the GPU with your overclocking. 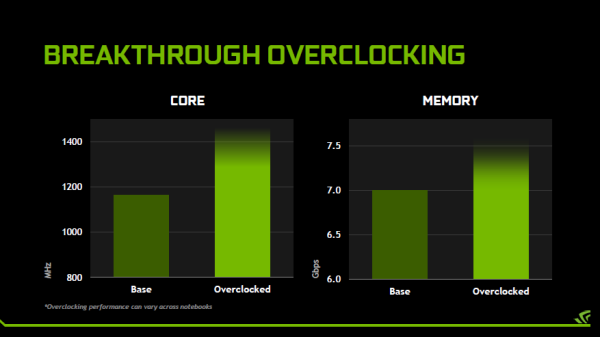 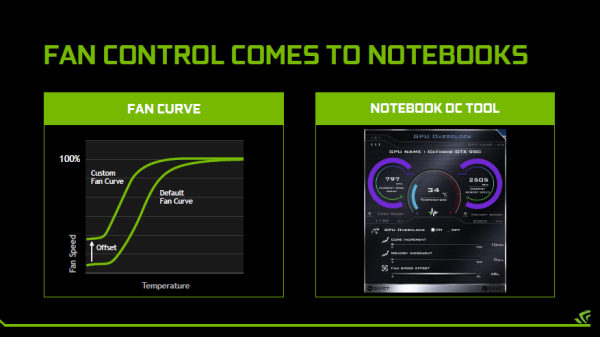 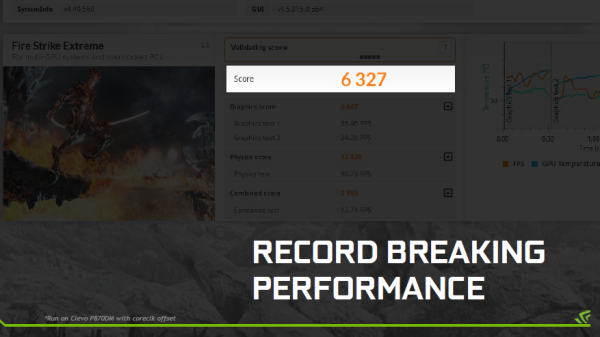 Equipping a notebook with this kind of power also means that you now have a VR-capable machine that is also portable, allowing you to take your VR experience with you wherever you need to go. You can rest assured that these notebooks, being equipped with the full GeForce GTX 980, are VR ready right out of the box, not only with the appropriate ports you’ll need, but also the performance to ensure the experience is as smooth as if you were running VR on a desktop. Or if you’d prefer a traditional multi-monitor setup, that works too, as you’ll be able to run your games on three Full HD monitors with your games running on maximum settings – again, as if you were playing them using a desktop system. 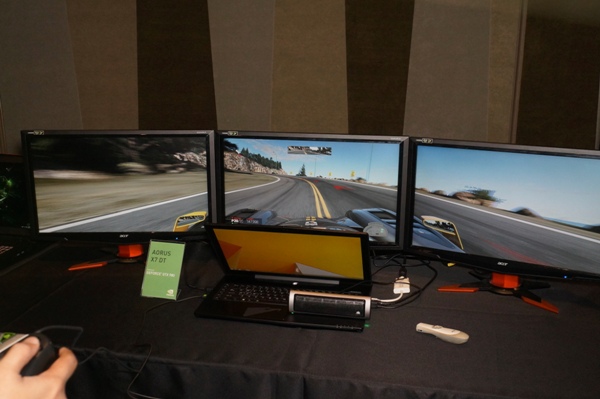 Thanks to NVIDIA squeezing desktop GPUs into notebooks, cooling remains the main factor that determines the difference between a desktop system and a laptop system sharing the same GPU. NVIDIA says that it has negotiated with manufacturers, saying that as long as performance remains within the five percent margin of the desktop equivalent, they are free to explore various cooling options and designs of their own.

Just as when Intel’s Skylake processors were announced, you can expect a number of notebook manufacturers to be refreshing their notebooks to be fitted with the GeForce GTX 980 GPU. Among them is MSI’s already insane GT80 (if you thought running two 980Ms in SLI was excessive, try two 980s). 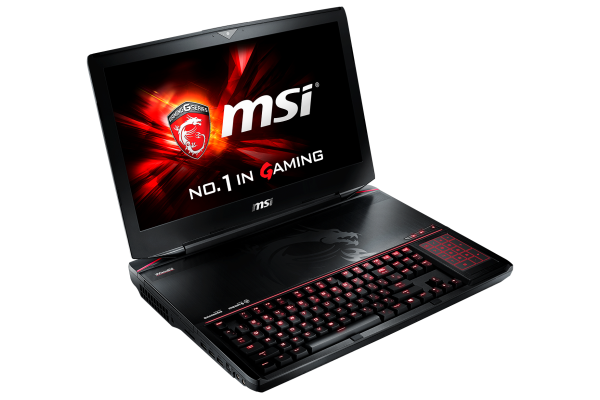 Then there’s the aforementioned AORUS X7 DT. By far the slimmest among the 980-equipped notebooks, this particular one is houses a single 980, but if we’re to expect a revision of the X7 Pro, we can probably expect to see a dual 970 SLI notebook when NVIDIA announces the 970 for notebooks. 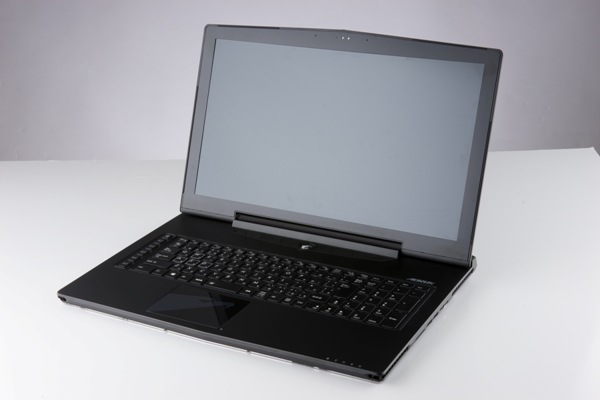 For the extreme graphical prowess, some manufacturers have opted to go for equally extreme cooling measures. Such as the ASUS ROG GX700. There’s an optional water-cooling block that you can attach to the notebook itself for when the going really gets hot. 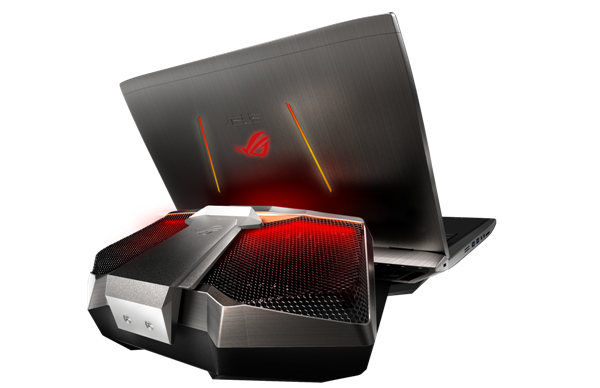 We’ve also laid eyes on a Clevo P970DM, a notebook that’s not officially available here. This was the notebook NVIDIA used to show that 980-equipped notebooks are now as powerful as desktop systems with the same GPU. 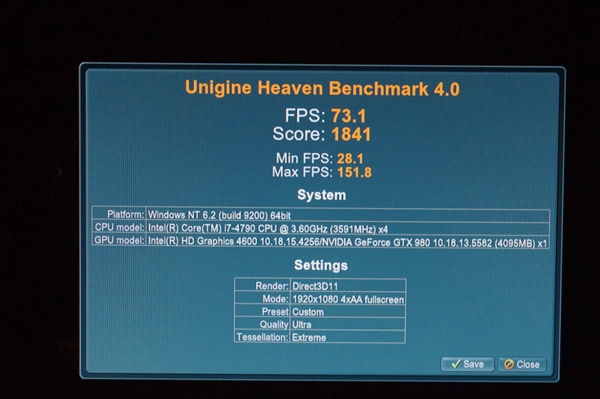 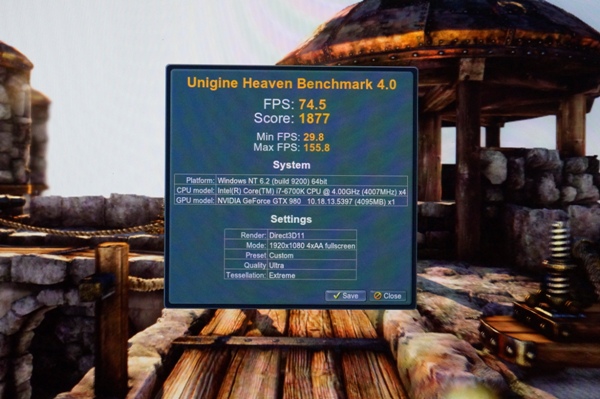 Now that NVIDIA has found a way to put its desktop-class GPUs into notebook form factors, this raises a couple of questions: where does this leave the mobile versions of the GPUs, and will we be seeing more of these desktop GPUs in notebooks in the future, like the AORUS X7 revision we hope to see? NVIDIA wasn’t willing to divulge much other than the fact that the 900M series will still be around. That said, we believe that if NVIDIA can put a desktop 980 into a notebook, the company can and will do so with the rest of the 900 series, and maybe will continue with future models as well.