Remember when NVIDIA somehow managed to shove a full-sized desktop GeForce GTX 980 into a laptop? Well, that feat of theirs went on to serve as a catalyst of what was announced in Bangkok, Thailand last week.

During the special APAC region event, NVIDIA was exceedingly eager to announce their new GeForce GTX 1000 series for their notebook. In case you didn’t read that right, understand this: these new GPUs are not mobile variations of their ever popular desktop-class GPUs, but the very same desktop GPUs which came out for the PC months ago.

To be clear: there is no ‘M’ moniker attached to the end of these GPUs, and just like the current desktop line-up, the new notebook GPUs are based on the very same GP104 and GP106 Pascal architectures that are found on the GeForce GTX 1060, GTX 1070, and GTX 1080. As many in the gaming scene know, NVIDIA’s new Pascal GPU architecture is a milestone for the company in terms of performance and power consumption. Compared to the previous generation Maxwell GPU architecture, the GTX 1060, GTX 1070, and the GTX 1080 are capable of churning out a lot more performance, while drawing significantly less power. Our professional opinion has ultimately led us into believe that their performance to dollar ratio genuinely provides more bang for your buck when put side by side with their predecessor, but that’s a debatable point in the Malaysian market.

To reiterate, the new GPUs are practically the same GP104 and GP 106 that are used in the construction of the desktop variants, below is a short list of each of the three new mobile GPUs:

The CUDA Cores for the GTX 1070 variant is actually slightly more than what the original GTX 1070 had at launch (it had 1,920 CUDA Cores). NVIDIA didn’t spill much on the subject when asked, but they did state that a slight tweak in their design of the GP104 was what enabled the addition of those extra CUDA on the GTX 1070 notebook variant.

GPU specifications out of the way, NVIDIA also gave us a look at notebook brands that would be adopting their new GTX 1000 series GPUs into their own machines. On the floor, we saw notebook models from ASUS, Clevo, Acer, HP, and MSI (of whom we’ll actually be covering the launch of their refreshed notebooks a little later today), but rest assured, other brands such as Gigabyte, Aorus, Lenovo, Alienware, HP, and even Razer are set to reveal their own new set of Pascal embedded notebooks.

Touching a little more on the notebooks, the use of the new GTX 1000 series cards also provides the machines with several similar features that come with NVIDIA’s Pascal architecture, chief among is the GPU’s ‘VR Ready’ status, Simultaneous Multi Projection (SMP for short), and the new Battery Boost 3.0. We’ve already talked about the first two, the new and improved Battery Boost 3.0 feature essentially allows all Pascal notebooks to last 30 percent longer than notebooks powered by the older Maxwell GPU architecture. Additionally, Battery Boost 3.0 would also allow notebooks to maintain a steadier framerate average of 30 fps when unplugged from the wall, but given our time with some of the notebooks that were display, it’s really a give and take for certain titles and the graphics setting on it. 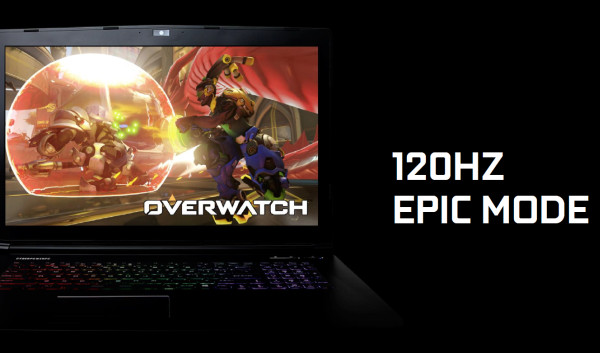 And then there’s the 120Hz displays which are now an essential part of these notebooks. Prior to Pascal, obtaining a refresh rate of 120Hz on mobile computer would’ve been difficult, but thanks to NVIDIA’s new GPU, this implementation would now allow for better framerates at the highest possible settings for the respective notebook. We’re not joking either: during our free time, we got a chance to play around with one MSI notebook (specifically, the GS63) that was powered by a GTX 1060. 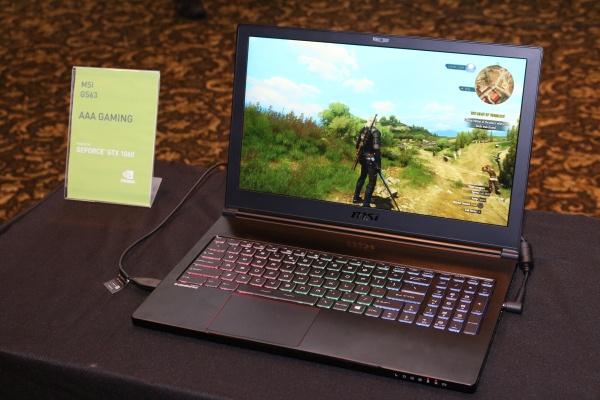 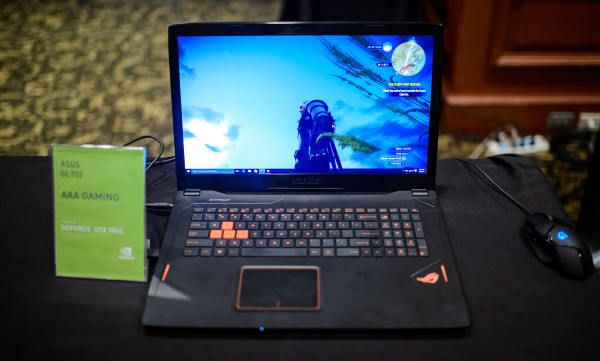 This thin form factor machine was fitted with a 4K display (why MSI would even think equipping a 4K display to a machine that was powered by a GPU capable of only WQHD gaming at best is anyone guess), but after dumbing down the resolution to Full HD (1,920 x 1,080 pixels), we ran The Witcher 3: Wild Hunt and were getting a steady stream of nearly 60 fps on average with all its graphics settings maxed out.

On that note, Pascal also offers more OEM manufacturers the chance to launch notebooks with display resolutions of 2,560 x 1,440 pixels (1,440p). This is a good thing, since 1,440p resolution is widely regarded as the sweet spot for gamers these days, and prior to this, only a handful of notebooks had displays with this resolutions (yet for some reason, some AiB partners insist on installing 4K displays on notebooks with GPUs that can’t even run games at that resolution). Of course, that wasn’t the only notebook that NVIDIA had on display. To be clear, NVIDIA had said during the announcement that there would a notebook for everyone, ranging from the casual gamer, all the way up to the hardcore gamer who demands the very best even when he’s on the go. On that note, we should mention that notebooks that fall into the latter category are also VR Ready, and capable of running some of the already available VR titles, such as Raw Data and NVIDIA’s VR Funhouse.

But there is one new key feature to the Pascal notebooks: overclocking. Because of their desktop GPU nature, the clockspeeds on these GPUs could manually be pushed a little further from its factory clockspeeds. During a demonstration, an NVIDIA representative was able to show us a notebooks powered by a GTX 1070 which had been overclocked from 1.64GHz to a near 2.0GHz. At that clockspeed, we booted up Doom (which was pre-installed on the notebook) and played the game with framerates averaging between 70 and 90 fps, albeit the loud spinning fans that were cooling down the entire notebook. 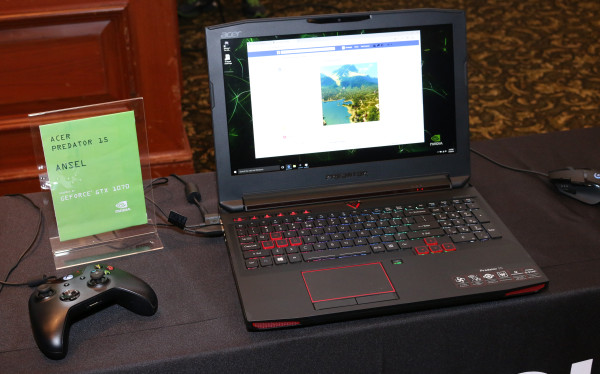 And lest we forget to mention, these new Pascal notebooks will have access to NVIDIA’s ANSEL, the high resolution in-game photography tool. But as a sidenote, ANSEL is currently only usable on Mirror's Edge: Catalyst and The Witcher 3: Wild Hunt. NVIDIA has stated that they will be bringing the in-game photography tool to more games in the future, but as to which games, they have yet to announce.

As mentioned earlier, while we didn’t really see a lot of other notebook brands besides the mentioned few, you can rest assured that there are other notebook models based around the new Pascal GPU. 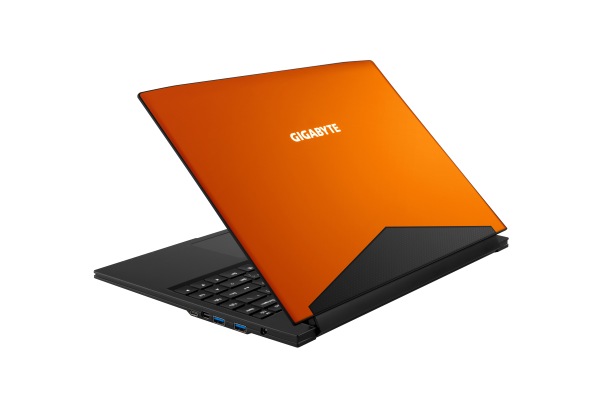 Previous Story
webe is now official – unlimited calls, texts, and data from as low as RM78!
Next Story
Spotify's Gaming category gives you the best soundtrack for your gaming sessions