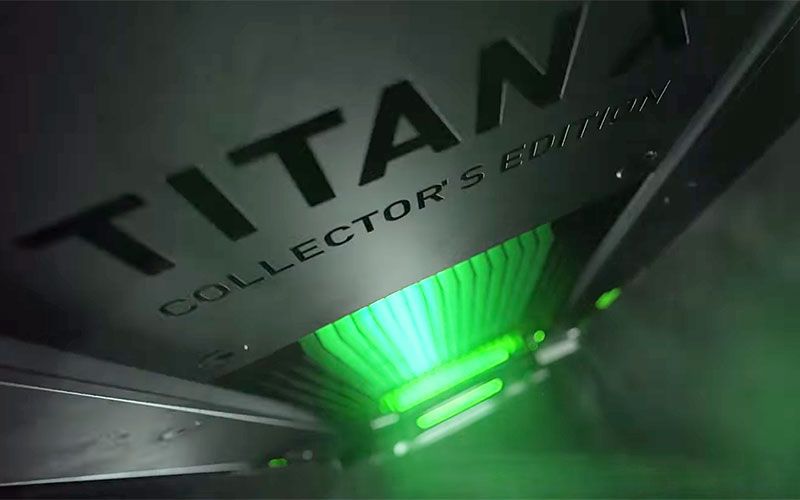 The video doesn't give away much, and there's no hint as to whether the new card will use Pascal or the upcoming Volta architecture. You'll also have to watch closely for the model name, which makes a split-second appearance around the 11-second mark.

While Volta has already debuted in commercial-facing cards like the Tesla V100, which was designed to accelerate the training of deep learning neural networks, we're still some ways off from a proper consumer card for gamers.

It's also difficult to say whether the Titan X Collector's Edition will be a refreshed version of the Titan X or Titan Xp, or just a cosmetic update.

The Collector's Edition name seems to point toward the latter, but it's entirely possible that NVIDIA may throw in some changes like clock speed boosts to sweeten the deal.