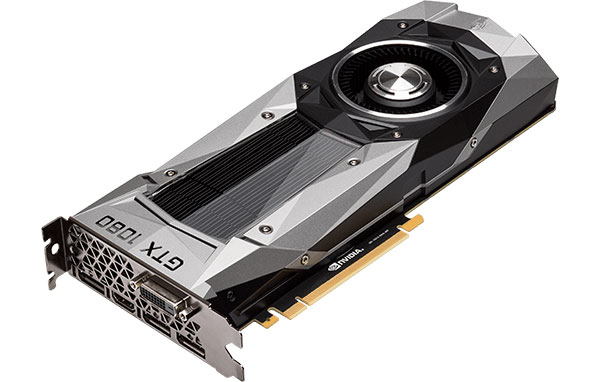 NVIDIA’s Pascal GPUs may be set to undergo a further process shrink. South Korea’s Chosun Biz paper reported on Friday that Samsung had just won a contract from NVIDIA to make the new Pascal GPUs based on 14nm production technology, perhaps indicative of the supply issues that NVIDIA has been having with TSMC’s 16nm chips.

The GP104-based GeForce GTX 1070 and 1080 first launched over two months ago, but supply is still short in retail channels and it is still quite difficult to obtain the cards. NVIDIA’s switch to Samsung’s 14nm process over TSMC could be the company’s way of going around the supply problems, and Samsung will reportedly start making the 14nm chips by the year’s end.

In effect, this means that both NVIDIA and AMD could end up using the same production process.

However, the switch won’t necessarily lead to any significant changes in efficiency or performance, although it could be interesting if we end up in a situation where there are both TSMC and Samsung-manufactured versions of the same GPU on the market.

On top of that, the Chosun Biz report said that the switch was also prompted by NVIDIA’s intentions to diversify its product line-up. NVIDIA was recently reported to have snagged a contract to put its Tegra chips into the upcoming Nintendo NX, so Samsung could very well end up making 14nm Pascal Tegra SoCs for the new console.