After the momentum they had gained with the launch of their new GeForce GTX 10 Series GPUs for notebooks back in Bangkok, Thailand, NVIDIA today held another launch in the region, but this time down in Singapore.

The event saw the GPU company sharing the same content about their new Pascal GPU architecture with the Singaporean media, as well as providing them the opportunity to play around with a number of notebooks which the company had prepare, courtesy of their AiB partners, who were also present at the event. The notebooks we saw were pretty much the same models and units which we had laid hands on during their big announcement back at Thailand nearly a month ago, such as MSI’s thin form factor GS63, as well as ASUS’ GL702 notebook. 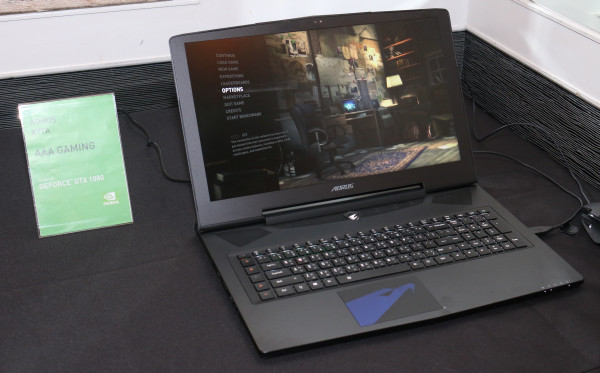 There were actually some new faces which had not seen during the Bangkok event, such as the Aorus X7YA notebook that’s fitted with a GeForce GTX 1080, and Gigabyte’s own P57X notebook, which sports a GeForce GTX 1070 GPU. Sadly, there was still no sign of their refreshed Aero 14, as multiple sources at the event had informed us that the company was still trying to sort out some issues with heat dissipation with the new GeForce GTX 1060 GPU. We also got a chance to play around with a couple of notebooks from Aftershock, a Singaporean-based brand which we don’t see too often in Malaysia. The reason behind their lack of presence is actually a long one, but what we can tell you is that they are partners with Clevo, a notebook maker that’s based in Malaysia.

All these notebooks will be present at Singapore annual tech convention, COMEX 2016, which is located at Suntec City. So if you’re in the area or if you’re in Singapore and want to see what’s hot and trending in the Singaporean tech scene, we do recommend that you give the exhibition hall a visit.