Now you can import and edit 360 images in Photoshop CC

Now you can import and edit 360 images in Photoshop CC 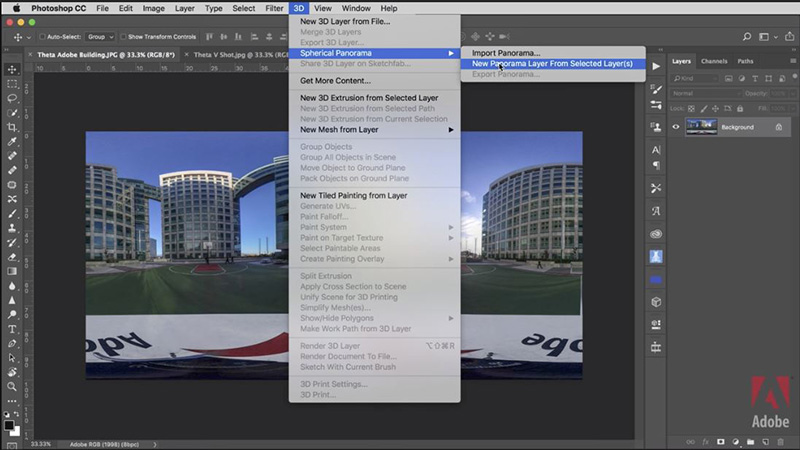 Along with the changes to Lightroom, Adobe has also released some improvements to Photoshop CC to include editing features for 360 images. While 360 photos were already supported in earlier versions, you couldn’t scroll around the entire view as the file was rendered into a rectangle.

With the latest release, you can now import 360 photos using the spherical panorama option from the 3D menu, and export through the same menu to maintain the scrolling format when sharing. This change brings Photoshop tools like cloning and healing into 360 photography, meaning you’ll be able to retouch out that tripod that much easier.

Here’s a video from Russell Brown to demonstrate how 360 photos can be edited in Photoshop CC.