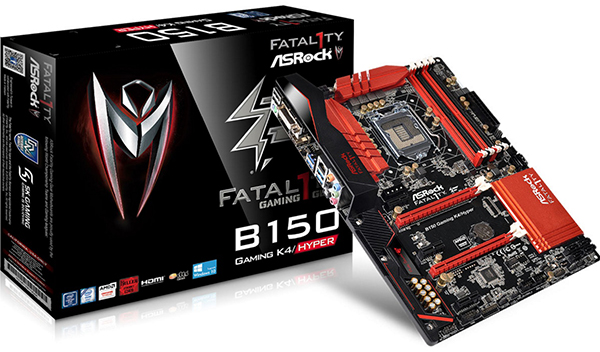 ASRock has decided to forge its own path after all. After a series of back and forth moves in which the company at first announced support for non-Z170, non-K CPU overclocking, only to change its mind after Intel explicitly came out in opposition, ASRock has now announced non-Z170 motherboards that will support non-K overclocking.

But instead of reinstating the previously-announced boards, ASRock brought out two new motherboards that are nevertheless extremely similar to the old boards, in addition to four new designs. This includes the ASRock B150 Gaming K4/Hyper, the H170 Performance/Hyper, and a range of white-themed boards in the same Hyper series. The first two boards will also support ASRock's DDR4 Non-Z OC feature, which allows users to overclock their memory modules on non-Z170 motherboards. Unfortunately, we don't have concrete details on the other boards yet. 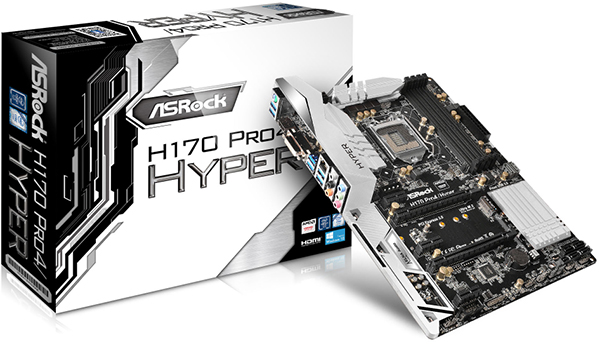 In order to allow overclocking on these non-Z170 boards, ASRock has essentially built in an additional hardware component called a clock generator, or what it is referring to as its Hyper BCLK Engine. All modern computers have clock generators of their own, which ensures that the different components are in sync with each other.

However, recent generations of Intel CPUs have integrated a growing number of features onto the CPU die itself, which meant that changes in the CPU base clock could introduce cascading instabilities in multiple other components (instead of just increasing CPU core speed). As a result, overclocking was limited, much to the chagrin of enthusiasts everywhere.

ASRock is overcoming this problem by including an extra clock generator, which forces the CPU cores to follow it and use a base clock that is different from the rest of the system. The result is the ability to overclock the CPU without also affecting myriad other components.

Of course, the limitations that we mentioned in our earlier coverage articles still apply. For instance, because we’re talking about non-K CPUs here, there is still no way to overclock by increasing the CPU multiplier. Furthermore, power saving C-States and Turbo Boost will also be disabled.