Nokia's Lumia 1520 May Be Arriving Soon

Nokia's Lumia 1520 May Be Coming Soon 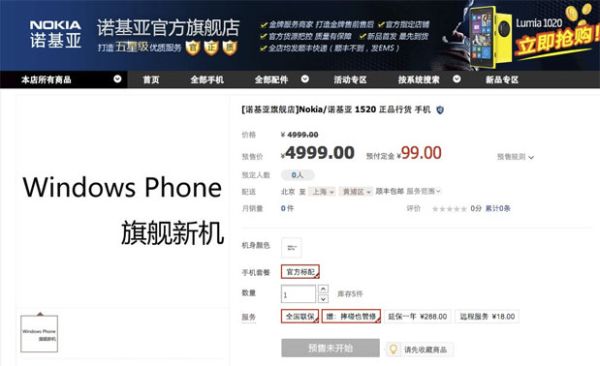 Having just released the Nokia Lumia 1020, Nokia is once again at it, with plans to launch yet another smartphone bearing the Lumia moniker. The rumored smartphone is said to be the Nokia Lumia 1520, a smartphone that is said to come with a 6-inch display capable of displaying Full HD resolution and a 20MP PureView camera. In addition, this upcoming smartphone also comes a Snapdragon 800 CPU and will be priced around 4,999 Yuan (about RM2,600), according to Nokia's official Tmall store.