Nintendo and Facebook recently partnered up to organize a two-day hackathon where Facebook employees were allowed create their own levels in Super Mario Maker for the Wii U. The event was held at Facebook’s Menlo Park headquarters in San Francisco, and saw over 100 Facebook employees participating.

Over 40 levels were created, and many teams took the event seriously, story-boarding out their levels and even drawing up blueprints for bricks, coins, and jump points with Post-it notes. The only real rule (which holds true for the consumer version as well) was that you needed to be able to beat the level to submit it, so you can imagine the mayhem that went on as developers tried to create and then beat their own levels! 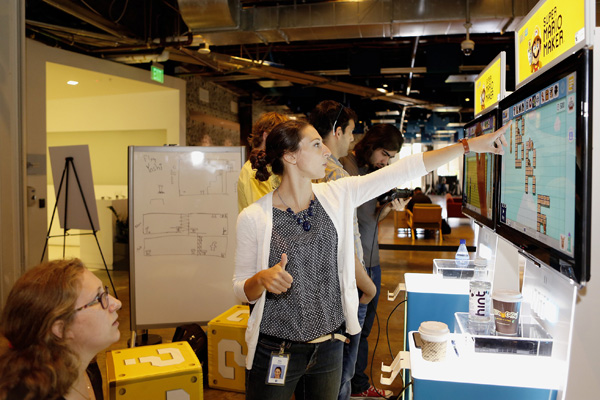 In the regular game, user-created levels are vetted by Nintendo moderators before it becomes available for download, and you can share levels with friends by giving them a code, hence adding a bit of a social aspect to the game. Levels in Super Mario Maker are created by dragging and dropping elements to create a scene, making it fairly easy to create a level, but the real charm lies in the flexibility of adjusting the style of game play. 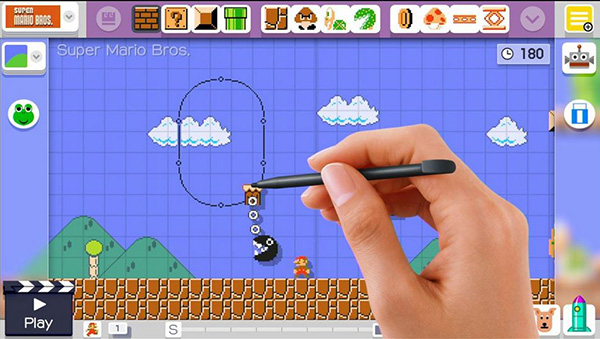 For example, Facebook’s hackathon saw levels that featured the Facebook logo, or spelt out “Facebook” in coins and blocks, while one team’s level was called “Bowser’s Timeline” where you played through Bowser’s Facebook timeline, navigating through his minions and wishing him happy birthday. At the end of the two days though, a winning level was crowned - “Ship Love”. Created by Doug Strait and Roy McElmurry, both Facebook software engineers, the level takes place on a pirate ship, with coins shaped into hearts and Bowser as the final obstacle.

Here’s a video of the winning level: