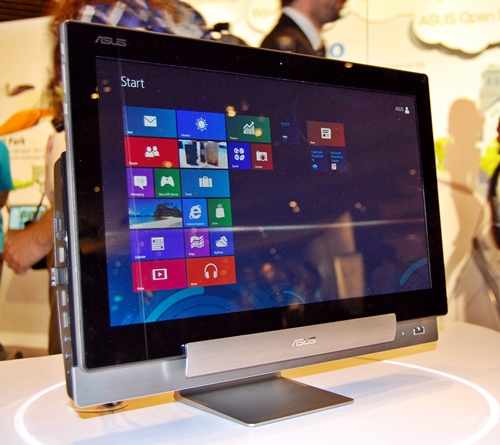 The screen can be removed from the docking stand and act as a wireless remote screen to the desktop dock. The dock actually houses the computing system that is operating on Windows 8. 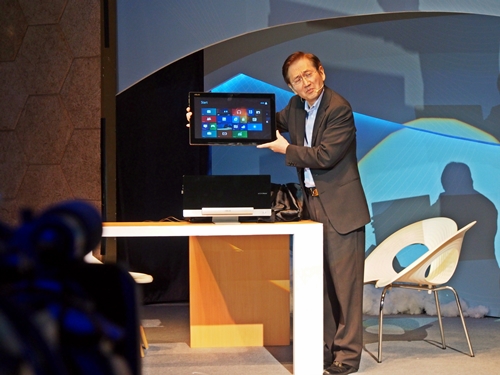 With the screen removed, CEO Shih attempted to demonstrate the relative ease of working with it by 'remoting' to the dock while seated comfortably at the sofa. 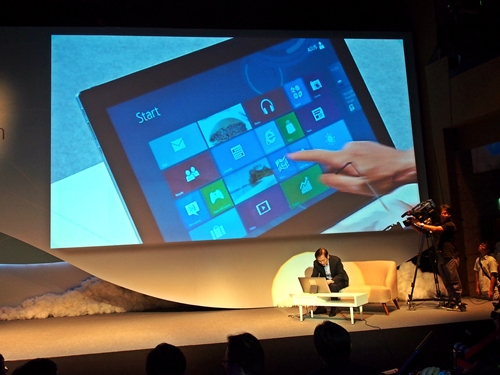 With the push of a button, the device is able to switch to its Android operating system, making it possibly the largest Android-powered tablet (though the Transformer AIO has no concrete release date). 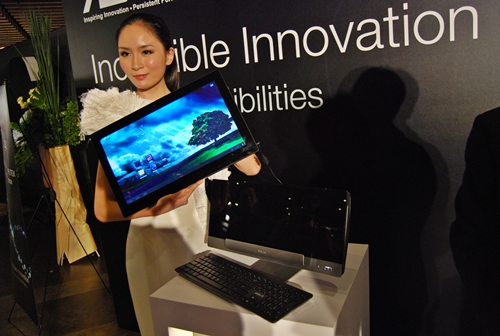 The left of the desktop dock features four USB 3.0 ports as well as some audio ones. To its right, we see a single USB 3.0 port next to a slot-in optical drive. 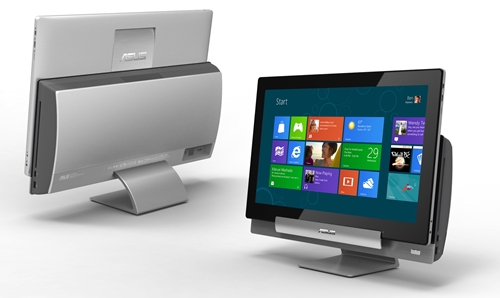