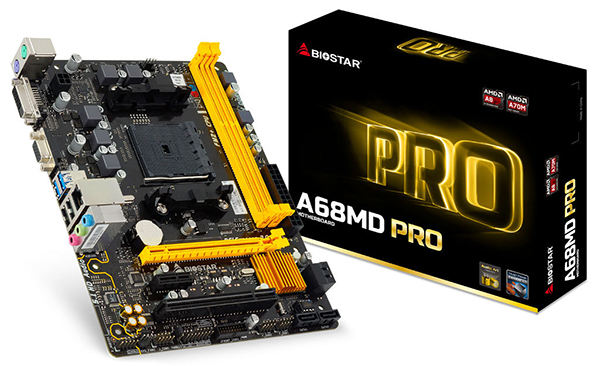 Biostar has announced a trio of new AMD A70M motherboards for the value segment of the market. The new boards also mark the debut of Biostar’s Pro series line of motherboards for AMD processors, and were designed to be affordable options for system builders putting together their rigs around AMD’s APUs.

The Biostar A70MD PRO, A70MG PRO and A68MD PRO all utilize the AMD FM2/FM2+ socket and will support AMD A4, A6, A8 and A10 APUs, in addition to AMD E2 and Athlon II X4 processors. All three share several common features, including two DIMM slots that support up to DDR3-2600 RAM, four SATA 6Gbps ports, and a Gigabit network interface controller.

Furthermore, all three of the new A70M boards are built on the micro-ATX form factor, with similar expansion options. They all have just one PCIe 3.0 x16 slot, one PCIe 2.0 x1 slot, and a legacy PCI slot for older devices. They also have a total of 10 USB ports each – four USB 3.0 ports and six USB 2.0 ports. 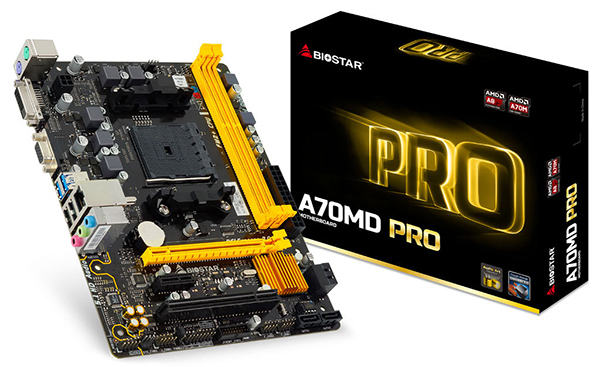 On top of that, Biostar highlighted features like an enhanced power design for improved stability and durability, and a reinforced metal CPU retention backplate that protects against the PCB flexing caused by heavy CPU coolers and even helps to conduct heat away from the CPU and VRM. The onboard audio solution has also been upgraded with Nichicon audio capacitors – the same brand of capacitors as those found on more pricey motherboards – for what the company says is better audio clarity.

On paper, the boards all appear remarkably similar. The key difference lies with the A70MG PRO, which lacks the DVI interface and 100 percent solid capacitors found on the other two boards. 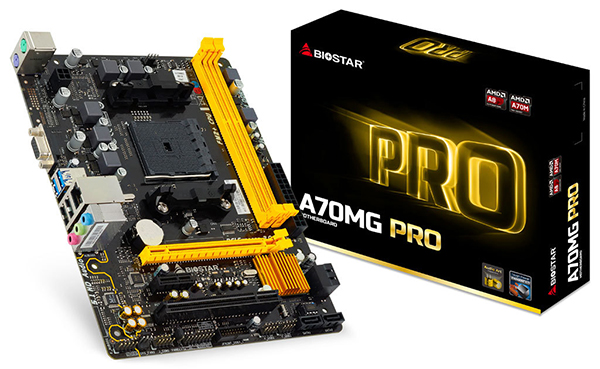 The boards are expected to go on sale on Biostar’s eBay store soon. We’ve already reached out to Biostar for more information on the price and we’ll update when we know more.