New ad blocker blocks ads based on content, not code

New ad blocker blocks ads based on content, not code 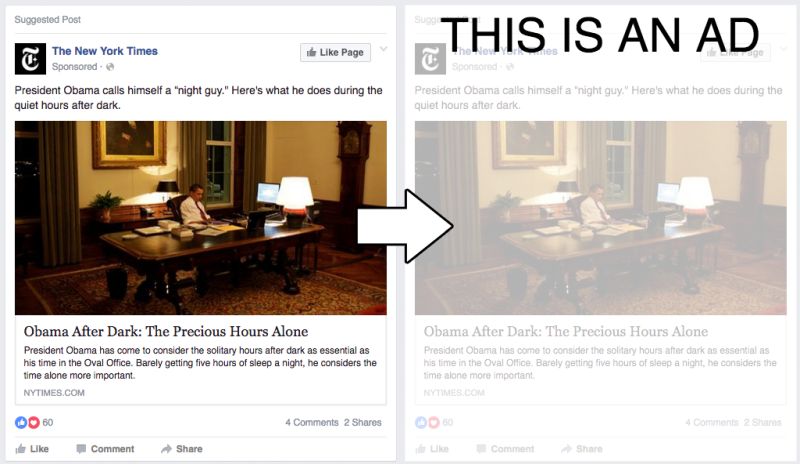 Online ads, regardless of its form, are undoubtedly an eyesore and irritancy to the many of us online. While ad blocking extensions have been useful thus far, it is also widely known that many online portals, both legitimate and of questionable repute, have already taken measures into making us disable the aforementioned extensions if we wish to view their site’s content.

But sites such as Facebook (whose primary form of revenue comes from advertisements) might soon have trouble detecting a new ad blocker that was recently created by a Princeton and Stanford researcher.

Known as the Perceptual Ad Blocker (it’s already available as a Chrome extension), Engadget reports that the new tool, the creation of computer scientist Arvind Narayanan and Grant Storey, detects ads in the same way we do: by looking at things such as icon graphics, container sizes and specific words like “Sponsored ads” or “Sponsored content.” 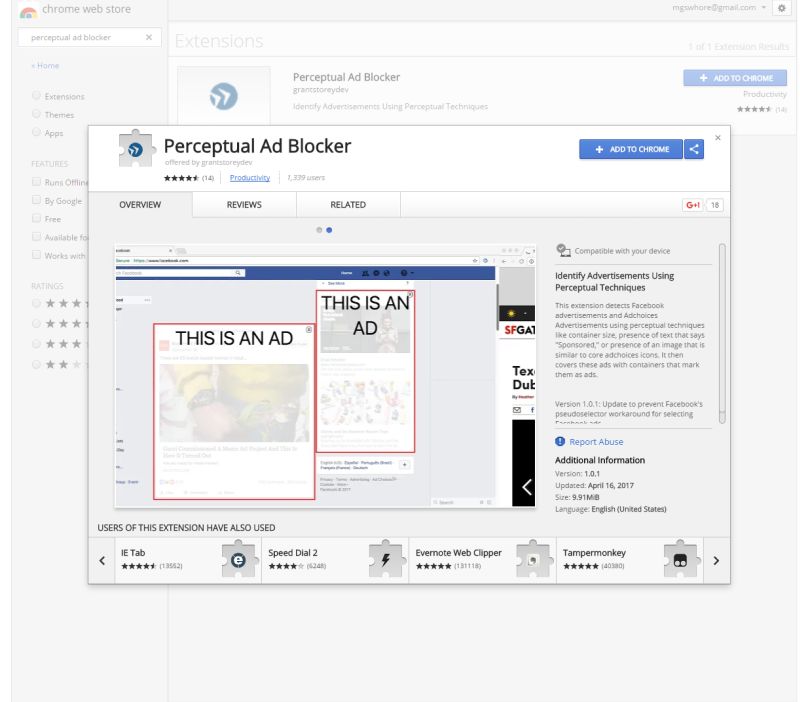 A typical ad blocker works by scouring a webpage’s source code for signs of ads, but these days, site designers are able to easily overcome these extensions via the use of anti-ad blocking site. Perceptual Ad Blocker is designed to ignore hidden HTML markups (or tags) and to actually look at the site’s actual content, just like a normal person would whenever they spot an advertisement on a site.

"We don't claim to have created an undefeatable ad blocker, but we identify an evolving combination of technical and legal factors that will determine the 'end game' of the arms race," Narayanan had said in one of his blog posts.