We hope you're a huge fan of biopic dramas, as Netflix's latest original series The Crown has premiered globally on November 4 (in the U.S.). The first season, consisting of 10 episodes, is penned by British playwright Peter Morgan (The Queen, Frost/Nixon) and produced by Left Bank Pictures for the streaming service.

The highly-anticipated British period drama chronicles the early days of HRM Queen Elizabeth II, offering a glimpse of her ascension to the throne in a post-war Britain, as well as the impact that the Monarchy had on her public and personal life. The Crown stars Claire Foy as the Queen, along with co-stars Matt Smith (Doctor Who) as Prince Philip, Jared Harris (Mad Men) as King George VI, and John Lithgow (Dexter) as Winston Churchill. With a reported budget of £100 million (approx. RM516 million), The Crown is currently Netflix's most expensive TV series to date.

The opening montage from Kopitiam (1998).

For something a little closer to home, it was revealed that Netflix has penned a content agreement with Double Vision Sdn Bhd. If that name sounds familiar to you, it's because Double Vision is the Malaysian production company and TV content provider behind 1998's hit local sitcom Kopitiam. Created by Ng Ping Ho, Kopitiam ran for seven seasons, featuring the talents of Joanna Bessey, Lina Teoh, Douglas Lim, Rashid Salleh, Tan Jin Chor, and Mano Maniam. Other Malaysian TV favorites available to stream on Netflix later this year include (but not limited to) Show Me the Money, Age of Glory, and Forget Me Not. 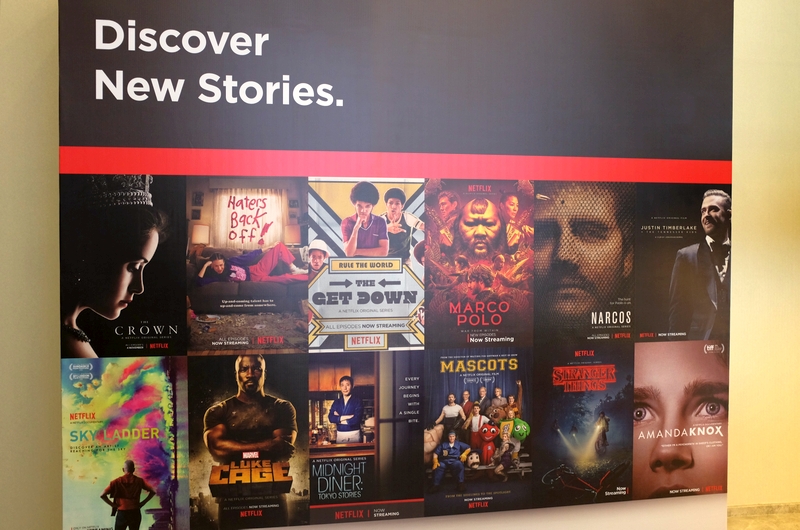 Last month, Netflix reported over 86 million subscribers in over 190 countries, with 600 hours of original programming in 2016. This year also saw Netflix landing 54 Emmy nominations, and taking home nine wins for Bloodline, Making a Murderer, Marvel's Jessica Jones, Master of None, Patton Oswalt: Talking for Clapping, and What Happened, Miss Simone?. For 2017, the streaming service plans to roll out 1,000 hours of original content, in line with the US$6 billion content budget confirmed during its Q3 2016 earnings report.