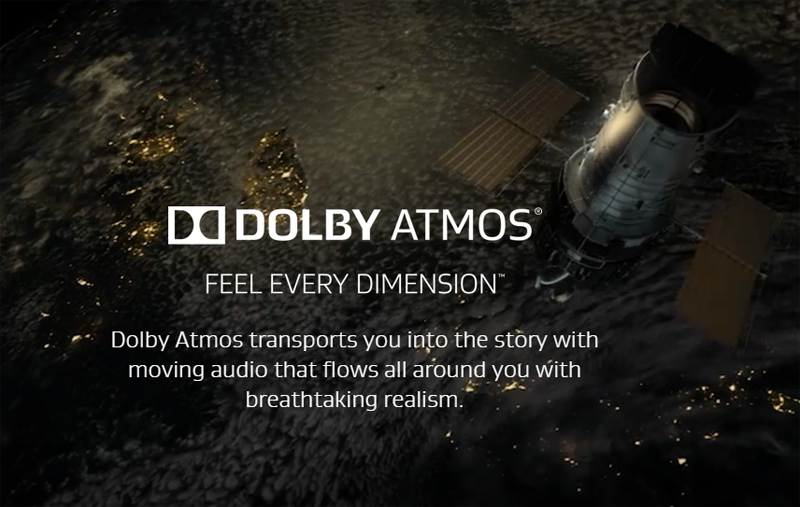 Your Netflix binge-watching sessions are about to get a whole lot more immersive, as the streaming service recently announced that it now supports Dolby Atmos. But here’s the thing, as of right now, there’s only one movie that supports the audio technology: Okja.

Netflix says it will be adding more Dolby Atmos titles in the near future, including a feature-length anime film called BLAME! on July 28, the live-action adaptation of Death Note on August 25, the Will Smith action movie, Bright, in December, and the action-thriller, Wheelman, by the end of the year.

Moving forward, you easily identify Dolby Atmos titles by checking if they have a Dolby Atmos icon next to their description.

But before you can actually indulge in Okja or any of the aforementioned upcoming titles in Dolby Atmos, you’ll first need to have:

There are currently quite a number of home theater systems, soundbars, and even TVs that are compatible with Dolby Atmos, so you should have no trouble getting your hands on one. What you might to pay extra attention to, however, is the third point, because there are presently only two Netflix capable devices that supports Dolby Atmos: the Microsoft Xbox One, and Xbox One S.

Netflix says support for 2017 LG OLED TVs will be “coming soon”, but considering that OLED TVs in general tend to be incredibly expensive, it would probably be more financially sound to get one of Microsoft’s gaming consoles instead. Netflix will be bringing support to more streaming devices “over time”, so that the Atmos experience can be more accessible to its ever-growing subscriber base, which, as of April 2017, stands at 100 million.

For more news on Netflix, please follow us here.