Many of us may subscribe to Netflix for the many exclusives that come from the Western world. But now, you can also stream local films and series made from local production house, Primeworks Studios Sdn Bhd. 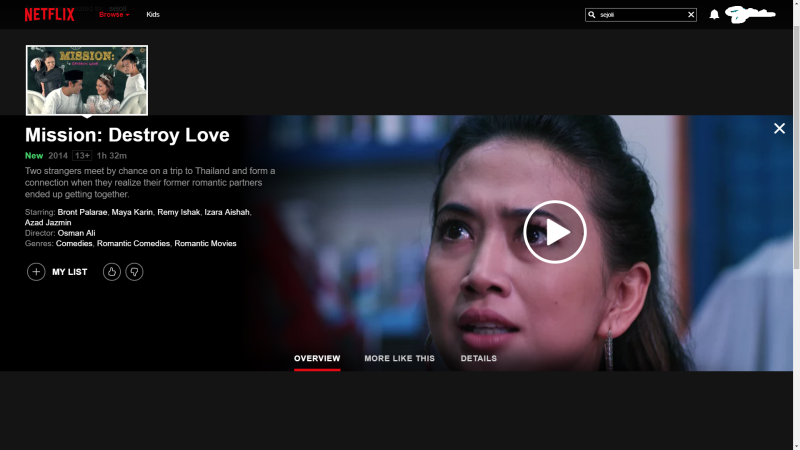 Included among the local shows that you can stream off Netflix at this moment is the feature film called Sejoli: Misi Cantas Cinta, which first aired in February 20, 2014, starring Maya Karin and Bront Palarae. The Chinese drama series Persona will be also made available on August 14, and Malay feature films KL Zombi and Rembat, as well as the drama series Hati Perempuan, will made available on August 21.

These are, so far, all the content that have been let out into the wild. That said, perhaps this shows that there’s a possibility of Netflix-exclusive local productions somewhere down the line.