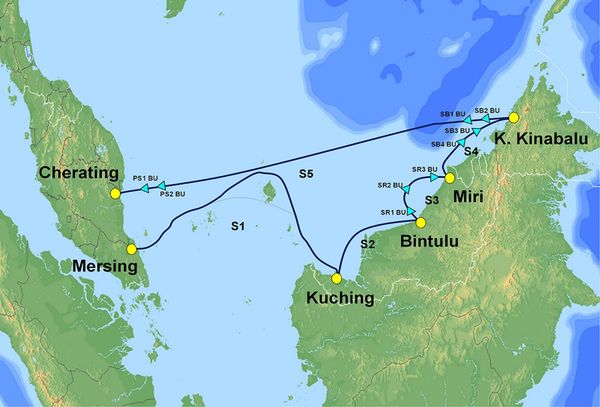 The 20-year agreement between TIME’s unit TT dotcom Sdn Bhd (TTdC) and TM will see both parties working together to undertake the cable system and both companies has pledged to operate and maintain the SKR1M network for the lifetime of the cable system including funding all fault repairs.

The new SKR1M will use a 100Gbps wavelength technology that has an initial capacity of 4 Terabits per second (Tbps), and is upgradeable to a minimum of 12.8Tbps. It'll measure approximately 3,700 kilometers in length and is expected to be completed by mid-2017. With this line in place, connectivity between Sabah and Sarawak and the Peninsular will be enhanced.

Currently, there is an existing cable system, which is managed by TM. However, TM’s aging Malaysian Domestic Submarine Cable System (MDSCS), which has been in service since 1995 has a capacity of only 400Gbps.

For more of the latest from NEC, please click here.