What was once upon a time a novel idea, the electric car is one that has been through it all. From the conception of the idea to the eventual ridicule of its extremely limited range – and equally ridiculous charging times. We even have electric sports cars, such as those that were made by Tesla. Now, NASA has the equivalent for planes. 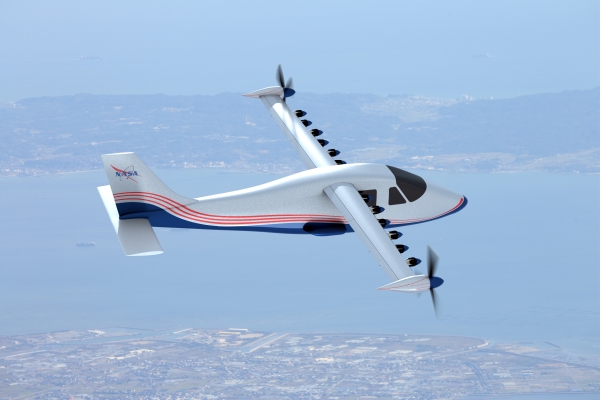 NASA’s electric plane is called the X-57, developed under the SCEPTOR program. Its raison d'être is to push for the introduction of zero-emission aircraft that cruise at higher speeds while using less energy than conventional planes. This would signify the start of an era of more efficient and environmentally friendly air travel, or it should at least.

The X-57 only seats a pilot, but NASA is also planning five larger planes to carry way more passengers and cargo. It sports 14 motor-powered propellers on a wing that’s too thin to generate lift on a conventional craft. The extra propellers will work their magic to generate extra lift for when the plane is taking off and landing, while the two main ones will be the ones keeping the plane cruising like ordinary planes. 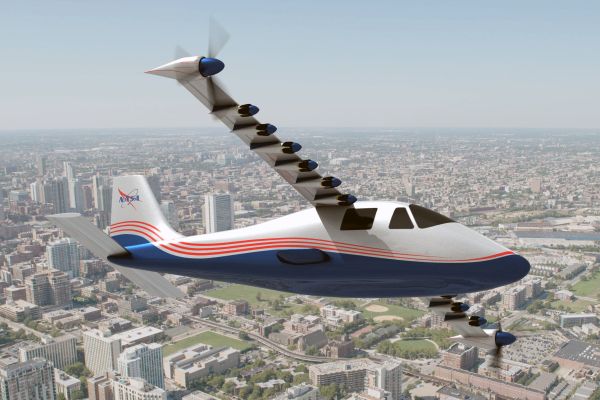 And now we come to the same problem the X-57 faces as its electric cars counterparts: impractically short range. The X-57 will only fly for about 100 miles (160km) and for less than an hour. However, NASA says that battery tech will improve quickly enough to improve on these figures in the future.

Matt Redifer, the Chief Engineer of the project, said “If batteries continue to be on the same rapid increase in energy density that they have been on over the past 10 years or so, one can envision five to 10 years out in the future the battery technology would be such that this particular aircraft could be enabled for a commercial-type aspect.”

And it is at this point we wonder if that’s really the case. If it really was, and if the battery life of our smartphones is of any indication, then clearly the consumer market isn’t getting any of the good stuff. It still takes a lot of software wizardry to push devices to the two-day battery life mark, and some extremely conservative use of the device to push to the third day. And that’s not even considering charge times, which are infamously long on electric cars.