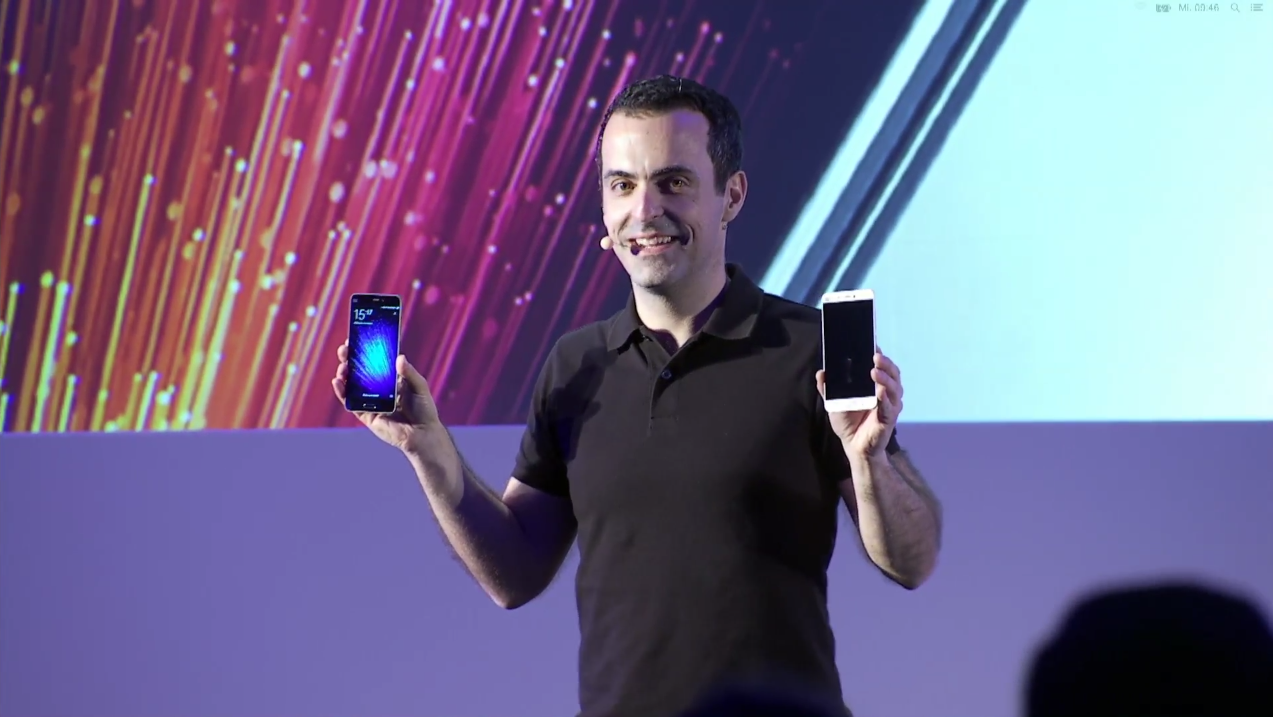 At MWC 2016 today, Xiaomi Vice President, Hugo Barra, introduced the company's latest flagship smartphone, the Mi5. The 5.15-inch smartphone has a Full HD display and a metal frame with a 3D ceramic or glass design (more on that below). It's also the first Xiaomi phone with a physical home button/fingerprint scanner on the front. The phone is powered by a Qualcomm Snapdragon 820 processor and has a 3,000 mAh battery.

The display is particularly noteworthy as it boasts 16 low-power LEDs behind the screen, resulting in a massive 600 nits maximum brightness. Like the Mi 4, the Mi 5 will also include Xiaomi's Sunlight brightness hardware, which boosts contrast under bright light to make the display easier to see. On the back of the phone there's a 16MP camera with a Sony IMX298 sensor that shoots 4K video. It's also the first smartphone with 4-axis optical image stabilization, which means it will compensate for pitch and yaw (like other smartphones with 2-axis OIS do), as well as side-to-side and up-and-down movement. On the front, there’s a 4MP shooter for selfies, but the sensor has a pretty large photosites to capture more light than most others. The phone boasts a similar to design to last year's Mi Note with a metal frame and a 3D curved rear. Three versions will be available, the Mi 5 Pro and two versions of the standard model. The Pro model will come with a ceramic material rear, which Barra claims is much tougher than glass (8 on the Mohs scale of hardness, compared to 5.5 for glass). Both of the standard models come with a glass rear. All three models apparently weigh the same, coming in at just 129g, which makes the new phone 14g lighter than the iPhone 6s. Three colors will be available: Black, White, and Gold. The phone will be launching in China on 1st March and will be priced as follows:-

No word yet on availability and price in Malaysia.