MWC 2016: Is the HP Elite X3 the only Windows device you will ever need?

MWC 2016: Is the HP Elite X3 the only Windows device you will ever need? 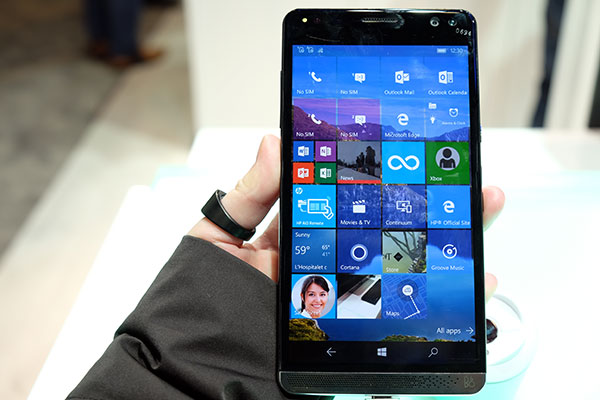 HP has officially gotten back into the mobile game. At MWC 2016, the company announced the Elite x3, a Windows 10 phone that has been designed to replace your smartphone, laptop, and even desktop. Given that few players are releasing Windows phones today, HP’s move seems to be an especially bold one, especially when you consider the sheer ambition of the device.

The Elite x3 isn’t just any old Windows phone. HP has deliberately packed it with top-end, performance-oriented hardware in an effort to sell it as a viable desktop replacement. For starters, it features Qualcomm’s latest and greatest chip – the quad-core Snapdragon 820 processor that comes with goodies like the X12 LTE modem.

On top of that, it has 4GB of RAM, 64GB of internal storage, and support for up to 2TB of expandable storage via a microSD card slot. The latter feature is illustrative of HP’s intentions with the phone. Clearly, it’s making every effort to include the same level of features and support that you would expect from a laptop.

At 6-inches across, the screen is a little on the large side, and it’s even bigger than the 5.7-inch Lumia 950 XL. The AMOLED display has a resolution of 2,560 x 1,440 pixels, and various elements of the Windows 10 interface appeared nice, bright, and sharp. 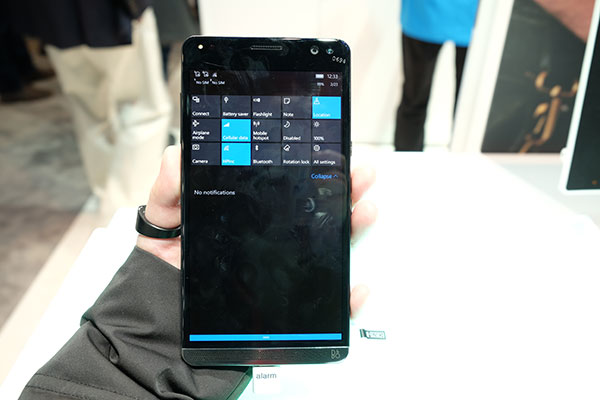 The battery is a large 4,150mAh pack, with support for wireless charging. As things stand, this is probably one of the most powerful Windows phones out there.

There is also an iris scanner on the front and fingerprint sensor on the back to allow users to take advantage of Windows Hello, but the demo version that HP had on display was missing the fingerprint sensor.The icing on the cake has to be the front-facing audio speakers that have been tuned by Bang & Olufsen, not unlike what’s been done on HP laptops like the ENVY 13.

More importantly, the Elite x3 was designed with Continuum in mind, the Windows 10 feature that allows users to plug their Windows smartphone into a larger display and use it as a full-fledged Windows PC. 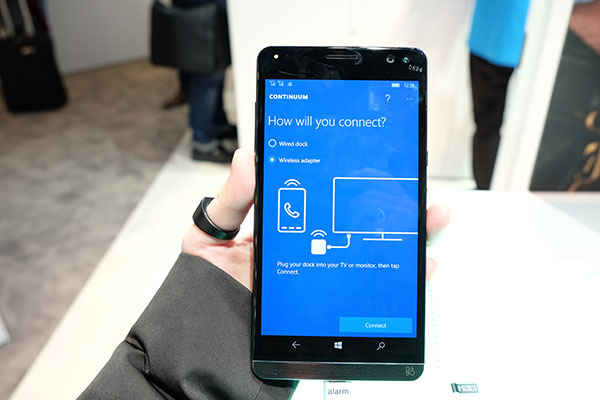 But as Windows phones cannot run the desktop versions of apps, HP is including software for running apps from the cloud. Unfortunately, this is not something that the average user will be able to take advantage of, as HP said that the feature will require an IT department to set up. With that said, it’s clear who HP’s target audience is – business professionals instead of the casual consumer. 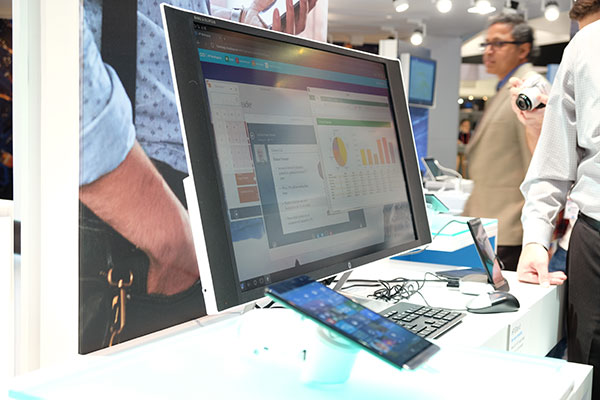 HP didn’t release any pricing details, but we can expect a release sometime in the summer. It can be paired with two separate accessories, the Desk Dock that comes with additional USB and display connectors, and the Mobile Extender, a combination of display, keyboard, and battery that turns into a PC when hooked up to the Elite x3.