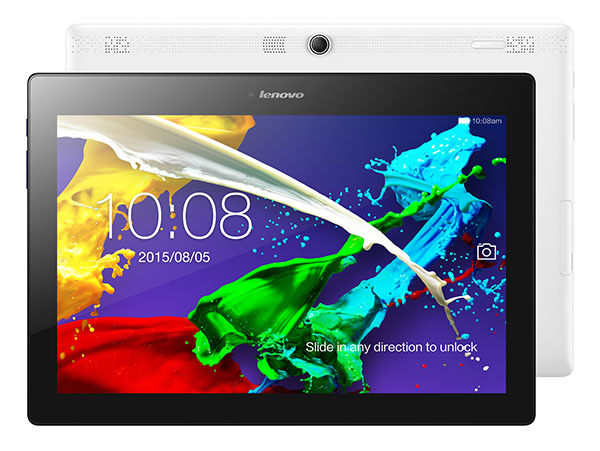 MWC (Mobile World Congress) is not just about phones as Lenovo has just announced two new Android tablets targeted at entry-level and mainstream users - the new Tab 2 A8 and Tab 2 A10-70.

The Tab 2 A8 features an 8-inch IPS display with a resolution of 1280 x 800 pixels. Powering it is a quad-core MediaTek processor that runs at 1.3GHz with 1GB of RAM. It will also be available either with 8GB or 16GB of storage. A microSD card slot provides expandable storage of up to 32GB. To provide a better video watching experience, Lenovo has outfitted the Tab 2 A8 with Dolby Atmos sound enhancements. It will run on Android 5.0.

On the other hand, the Tab 2 A10-70 has a 10-inch IPS display that has a resolution of 1920 x 1200 pixels. It is also powered by a quad-core MediaTek processor, but it runs at a slightly higher clock speed of 1.5GHz. It also gets double the amount of RAM (2GB) as compared to the Tab 2 A8. 16GB of storage comes as standard and a microSD expansion slot will allow users to increase storage capacity by 32GB. Unlike the Tab 2 A8, the Tab 2 A10-70 will come only with Android 4.4, with an update to Android 5.0 coming later in June.